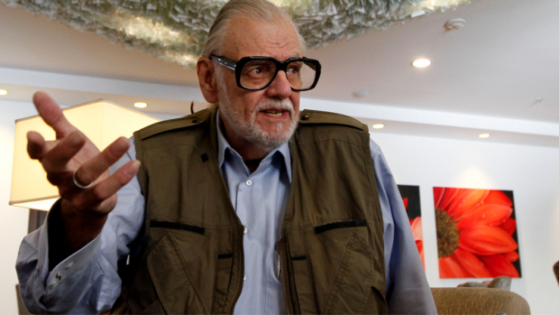 The Unfinished George A. Romero “Living Dead” Novel Set to be Finalized

News has just leaked through the pipelines that George A. Romero’s “Living Dead” novel will be completed by the man who co-authored “The Shape of Water” with legendary director and writer Guillermo Del Toro, that man is none other than Daniel Kraus. The book is aptly titled “The Living Dead” and is set for a release in fall of 2019 by Tor. Romero has been working on the book for roughly a full decade. Once Romero had passed his management team had began to search for someone to complete the project.

Kraus is admittedly a HUGE Romero fan and even credits his writing style to Romero. When asked about the project, author Kraus stated: “What’s exciting about the novel, though, is how it goes the opposite direction….It’s huge. It’s a massively scaled story, a real epic, the kind no one ever gave him the budget for in film. In a book, of course, there is no budget, and in his pages you can feel his joy of being able, at last, to do every single thing he wanted.”

The synopsis of the book goes a little something like this:

“On October 24th, John Doe rises from the dead. Assistant Medical Examiner Luis Acocella and his assistant Charlene Rutkowksi are vivisecting him when it happens, and so begins a global nightmare beyond comprehension.”

“Greer Morgan is a teenager living in a trailer park, and when the dead begin their assault, the true natures of her neighbors are revealed. Chuck Chaplin is a pretty-boy cable-news anchor, and the plague brings sudden purpose to his empty life.”

“Karl Nishimura is the helmsman of the U.S.S. Vindicator, a nuclear submarine, and he battles against a complete zombie takeover of his city upon the sea. And meanwhile, a mysterious woman named Etta Hoffmann records the progress of the epidemic from a bunker in D.C., as well as the broken dreams and stubborn hopes of a nation not ready to give up.”

“Spread across three separate time periods and combining Romero’s biting social commentary with Kraus’s gift for the beautiful and grotesque, the book rockets forward as the zombie plague explodes, endures, and finally, in a shocking final act, begins to radically change.”

At the moment there is not a lot of information on the formats for release other than likely digital and definitely physical. We will bring more details of this story as it develops. Let us know what you think about a new Living Dead book hitting shelves in the comments below! 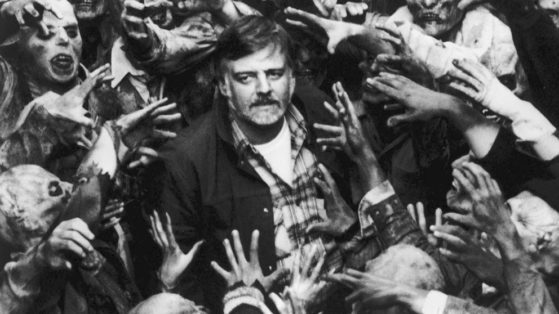 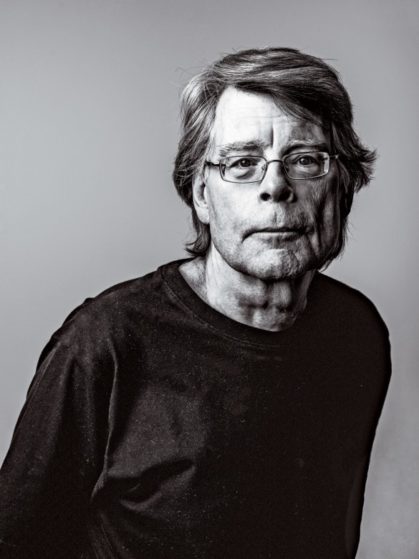 For all you Stephen King fans out there, I feel like you would really appreciate this. Stephen King reissues 3 LIMITED EDITION copies of one of his best-selling 1987 novel ‘Misery’ and it doesn’t even cost an arm and a leg. This awesomeness is scheduled to release August 8th, but pre-orders begin on February 12th on Suntup’s website. 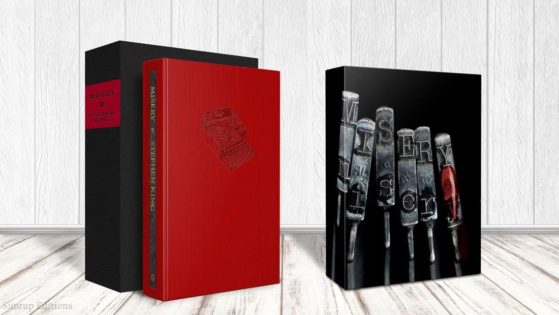 1. The ‘Artist Gift’ edition (on the right) is signed by Rick Berry and also includes a dust jacket with Berry’s wrap-around artwork.

“It is a smyth-sewn binding with full imperial cloth, foil stamping and is offset printed on Mohawk Superfine Eggshell paper.”

“It is a full Japanese cloth, smyth-sewn binding featuring a blind stamped front cover, and a leather spine label stamped in 22K gold leaf. The edition is printed letterpress on Cranes Lettra Pearl White cotton paper, and housed in a custom clamshell box.” 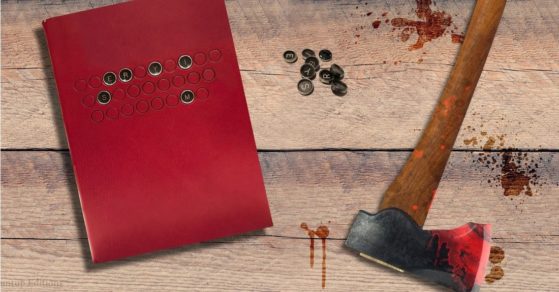 3. The ‘Lettered’ edition has only 26 copies for sale because they are lettered from A-Z. Once again, autographed by King and Berry with an important selling point…

“It is printed letterpress on moldmade Arches wove paper with a deckled fore edge, and handbound in full leather,” according to Suntup. “Endpapers are marbled, and made exclusively for this edition. The binding is sewn with a hollow back designed to hold for 300 years, and is housed in a custom walnut wood box designed to resemble an original Royal Model 10 packing crate, and features a black suede-lined book bed.”

The edition also includes an original frontispiece print pulled from a wood engraving by illustrator and designer Barry Moser, who also autographs it.

In Depth Book About “A Nightmare on Elm Street 4: The Dream Master” Coming Soon

Ahhh ANOES 4, a true gem from my childhood. I remember watching this one repeatedly on a bootlegged VHS I had of it that I recorded off of TV myself. The good ol’ days of piracy in its infant stages, HAHA! This was such a fun film in the franchise growing up. The roach kill, the asthma kill and of course the legendary bed kill and opening scene in the junkyard too. The beach sequence as well, I could go on for days about things I enjoyed in this film. However, Lets focus on the information at hand on this book coming our way about this fantastically entertaining installment.

The book is being penned by the production designer of the film, Mick Strawn and author Blake Best. The make up FX team from the film has already been announced as being on board and they are currently conducting additional interviews as well for the book. We can expect to see the book hitting shelves sometime in August 2018.

Additionally, the book is being touted as containing stories NEVER before shared in previous documentaries as well as insider and behind the scenes information. Also, this will be marking the 30th anniversary for this film coming up in August (another reason for its rapidly approaching and carefully chosen release date). The book will aptly be titled: “BEHIND THE SCREAMS: A NIGHTMARE ON ELM STREET 4 REVEALED”. Stay tuned as we deliver more details on this book as it comes closer to release!