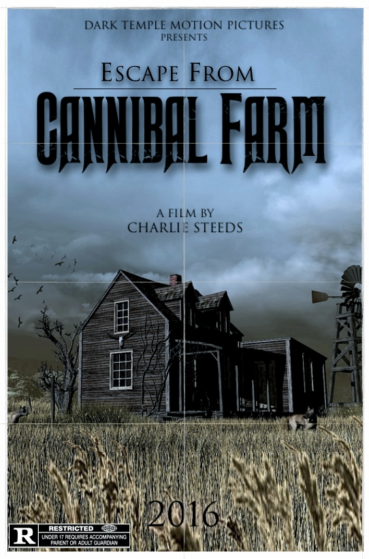 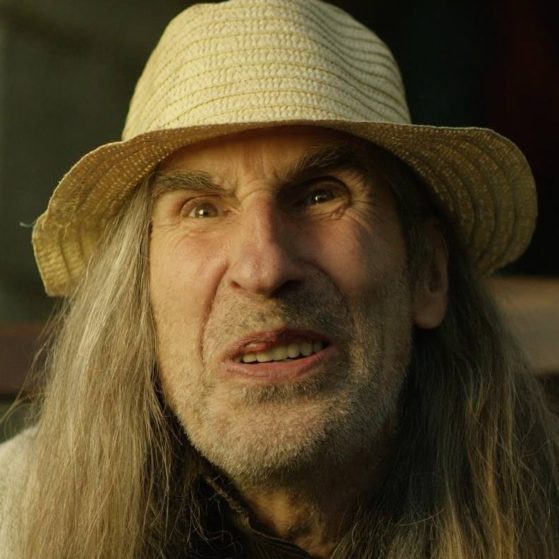 They are trying to resolve current & past problems with some bonding on a new adventure. They are hoping a different environment & some fresh air will help ease all the tension between this once close unit. They meet a stranger trying to sell cider on the road. They are not interested, they are lost & just looking for directions. Wesley doesn’t want any technology used on this vacation. They finally make it to the British countryside, They start getting settled in until their camp is ransacked by a unknown threat at night. Kathy ends up hurt from the incident. 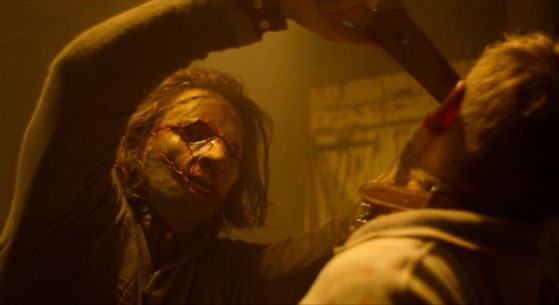 They go to a nearby old farm looking for any help from this bad situation. They picked the wrong strangers to ask for assistance because farmer Hunt Hansen (played by: Barrington De La Roche from Savage Hearts, Blood Moon, & London Fields), the same weirdo from before & his deformed son Sammy (played by: Jack Miller from Deadman Apocalypse) are the last two people that you want to run into with no where to go. They soon find out the horrifying secrets & unspeakable acts that take place at this creepy farm. The Hansen family enjoy a different kind of food & the Harver family are starting to look like their next meal as they are ready to feast on some human flesh plus find a new face for Sammy. It’s a fight for survival which requires The Harvers have to finally come together as a family & work together if they want to escape alive.

Cannibal Farm is clearly a homage to the original Texas Chainsaw Massacre. It has the same basic formula like the bickering group of family & friends on a road trip. They get lost & end up at the wrong place at the wrong time. The demented cannibalistic family with a disfigured son that always needs a new face. Honestly, it’s probably better than a few of those sequels. After saying that, I will be the first one to admit that’s what originally got my attention when it came to this film. Luckily, it has much more than that when it comes to the 2nd half of the story to separate itself a little from the shadows of the classic & the iconic Leatherface. It’s filled with twists & turns to the point where you never know what’s going to happen next.

It keeps you on your toes with suspense until the very end! Also, it delivers all the gore & gross out moments that you would hope for when it comes to something like this. I am renaming this, from now it’s going to be called the British Chainsaw Massacre! It’s a shame more films like this are not being pushed harder in the public compared to the watered down tame cliche material with a few cheap scares. That’s exactly why I prefer independent film when it comes to horror. They go past their boundaries & don’t sacrifice their entire movie for a wider audience.

The Hansen family farm set pieces & production design really stand out on this transfer. Cannibal Farm looks very solid on this DVD for being an independent low budget feature. I was impressed with the sound, it’s better than what you expect for a direct to video release in the states. Let’s talk about the extras included on this DVD. You get almost 14 minutes of Deleted Scenes from Cannibal Farm. It actually had some material I am surprised that didn’t make the final cut. Last not but not least you get trailers for upcoming or current High Octane Pictures releases such as Curse of the Witches Doll, Werewolf of London: Carnivore, & Sightings. High Octane Pictures has gave Cannibal Farm life in the United States. This is one of those imports you are glad that got distribution in America. Recommended for any independent horror or Texas Chainsaw Massacre fan, you will have some fun with Cannibal Farm!!!!