The Prodigy is a 2019 horror film directed by Nicholas McCarthy (The Pact, At the Devil’s Door, Holidays, & A Crime to Remember). The film was originally titled Descendants. It was written & produced by Jeff Buhler (Pet Sematary, Nightflyers, ABCs of Death 2, Insanitarium, & The Midnight Meat Train). It was produced by Daniel Bekerman (The Witch, XX, Army of One, & Rememory), Nick Spicer (Mandy, Brawl in Cell Block 99, Holdays, Tusk, & Mom and Dad), & Tripp Vinson (The Number 23, Red Dawn, San Andreas, The Exorcism of Emily Rose, & Ready or Not). The budget was $6 million & it grossed $19.7 million worldwide at the box office. 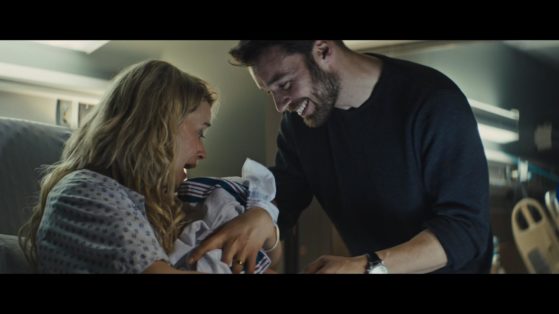 August 2010 in rural Ohio, serial killer Edward Scarka (played by: Paul Fauteux from Frontier, Bulletproof Monk, & No Stranger Than Love) is shot to death during a police raid of his farmhouse. At the time of Edward’s death, married couple Sarah (played by: Taylor Schilling from Orange Is the New Black, Mercy, Family, & Argo) & John (played by: Peter Mooney from Burden of Truth, Saving Hope, Rookie Blue, & Camelot) give birth to their son Miles (played by: Jackson Robert Scott from Locke & Key, IT, Criminal Minds, & Fear the Walking Dead), in Pennsylvania. When Miles turns eight in 2018, Sarah & John begin noticing behavioral changes in him. He starts hurting the people around him & it really scares his family. Sarah brings Miles to psychiatrist Elaine Strasser (played by: Paula Boudreau from The Handmaid’s Tale, Channel Zero, Doc, & Degrassi: The Next Generation) & she turns over a tape recording of him talking apparent gibberish in his sleep to a colleague Arthur Jacobson (played by: Colm Feore from Thor, Greta, 24, & House of Cards). 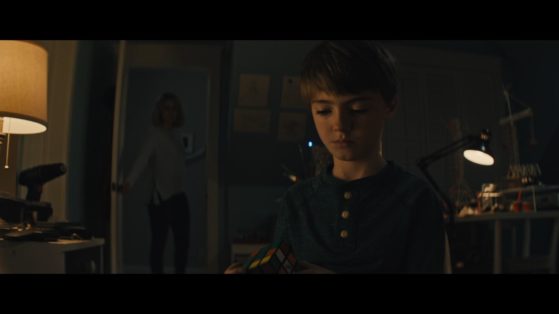 Sarah doesn’t want to believe what they tell her when it gets translated. Miles becomes more dangerous & goes from hurting to killing. Arthur finds “Scarka” carved into his leather couch from the boy’s fingernails. He calls Sarah & explains that he believes Miles’s body is being possessed by Edward Scarka, attempting to return to continue his killing spree. Upon researching Edward, Sarah finds he died only minutes before Miles’s birth. She does her research on the psychopath & reads a book by the final victim Margaret St. James (played by: Brittany Allen from The Boys, All My Children, What Keeps You Alive, & Jigsaw) that actually escaped. She knows what’s next & tries to warn the woman about what’s going on. Can she save her son & fight this unspeakable evil before it’s too late to get her real child back???? 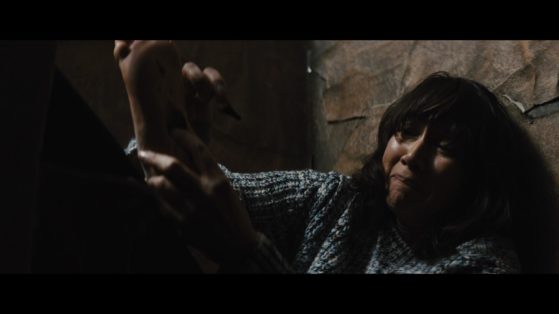 The Prodigy is one of the best horror movies in recent years. The evil child sub genre is very hit or miss but this film delivers in every possible way! It has plenty of suspenseful, intense, & dark moments to keep your attention during the whole running time. Miles is a great character, he keeps getting more evil as the feature goes on. You might remember Jackson Robert Scott as Georgie from the IT remake but he proves he has the acting chops to carry his own project with The Prodigy. This is a top notch child performance & Miles is genuinely creepy here. Most of the time kids come off too over the top but this felt real. The rest of the cast is filled with television vets that do movies from time from time but usually stick to TV work for the most part. The two leads Taylor Schilling & Peter Mooney showed that they can do anything when given the chance with this production. Taylor Schilling is breathtaking, I could watch her in anything to be honest but this was one of her best roles that I’ve seen so far. Colm Feore is a great character actor & he always comes through, his presence boosted the overall quality. This was much better than I thought it would be, HIGHLY RECOMMENDED!!!! 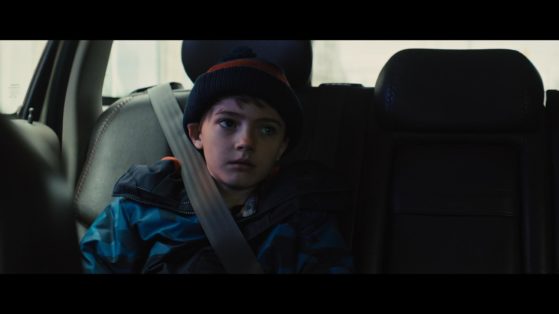 Let’s talk about the high definition presentation & special features from Fox! This 1080p (2.39:1) transfer looks fantastic on blu ray. It has a nice atmosphere & the visuals shine from the execellent cinematography from this production. It has a variety of audio options that includes English DTS-HD 5.1 Master Audio, Spanish Dolby Digital 5.1, & French Dolby Digital 5.1 tracks. All the dialogue is crystal clear, all the suspense/thrills are elevated, & the music has a killer boost to it here. It also has English SDH, Spanish, & French subtitles. Both picture & sound are very impressive on this release. It has an “Audio Commentary” with director Nicholas McCarthy.Lots of details & information here. He chats about the project & the shoot during the production. He talks about the cast, He covers as much as he can so if you are interested in learning more about The Prodigy, I recommend checking out this track sometime. It has 3 “Promotional Featurettes” that end up a little over 4 minutes. It has interviews with director Nicholas McCarthy, lead actress Taylor Schilling, & various others from the production. They chat about the project & their experience on it. They talk about their influences in horror. They bring up Jackson Robert Scott & his performance in this. “Gallery” has various stills & pictures from the film. It has a “Theatrical Trailer” for The Prodigy. It also has a slipcover, digital code, & a DVD copy of the release. It’s available everywhere right now, CHECK IT OUT!!!!