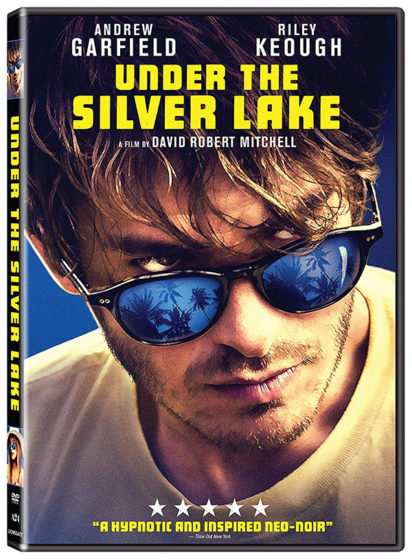 Under the Silver Lake is a 2018 neo-noir mystery film written, produced & directed by David Robert Mitchell (It Follows & The Myth of the American Sleepover). Dakota Johnson was originally supposed to star in this. It was produced by Michael De Luca (Leatherface: Texas Chainsaw Massacre III, Freddy’s Dead: The Final Nightmare, In the Mouth of Madness, & American History X), Chris Bender (American Pie franchise, Final Destination, The Hangover 1/2, & A History of Violence), & Michael Bassick (Descent, Black Mass, The Neon Demon, & Legend). It premiered at the 2018 Cannes Film Festival. It was scheduled to be released in the U.S. during June 2018 but it got delayed multiple times until April 2019. It was distributed by A24 (Midsommar, Climax, Hereditary, The Disaster Artist, The Witch, Tusk, & Ex Machina). It had an estimated budget of $8.5 million & it only made $1.9 million during it’s limited theatrical run. 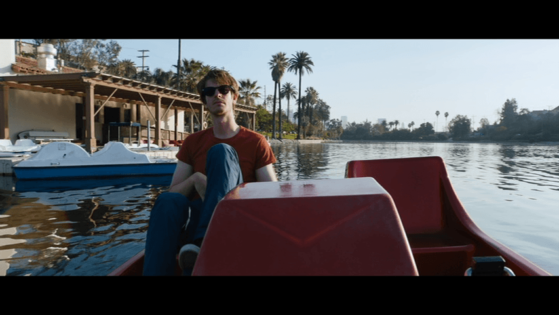 Sam (played by: Andrew Garfield from The Amazing Spider-Man 1/2, The Social Network, Hacksaw Ridge, & Silence) has an interest in conspiracy theories & finding hidden messages in everyday popular culture. He lives a lazy life & he doesn’t have a job causing his landlord (played by: Rex Linn from CSI: Miami, Cliffhanger, Wyatt Earp, & Drop Zone) to always threaten to kick him out of his place in the Silver Lake neighborhood of Los Angeles. The public is warned about the Dog Killer. Sam gets caught spying on his neighbor Sarah (played by: Riley Keough from Mad Max: Fury Road, The House That Jack Built, It Comes at Night, & Logan Lucky). He ends up talking to her soon after & they hang out for a little bit. She tells him to come over tomorrow so they can hook up. He goes over there & she moved out in the middle of the night. Sam knows something is wrong with this situation so he looks into it. 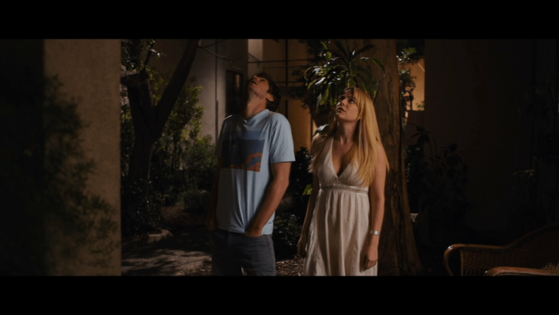 Billionaire Jefferson Sevence (played by: Chris Gann from Saints & Sinners, xXx, 24, & Terminator: The Sarah Connor Chronicles) is reported dead & Sarah’s hat is found at the scene. He finds clues & searches all over the city for the missing woman. During his detective work he runs into a variety characters including his bar buddy (played by: Topher Grace from Spider-Man 3, Predators, That 70s Show, & BlacKkKlansman), Millicent Sevence (played by: Callie Hernandez from Graves, Alien: Covenant, The Endless, & Blair Witch), Allen (played by: Jimmi Simpson from Westworld, House of Cards, Breakout Kings, & Gravy), Jesus (played by: Luke Baines from Shadowhunters, American Fright Fest, The Possession of Michael King, & A Dark Place), Comic Man (played by: Patrick Fischler from Twin Peaks, Mulholland Drive, Lost, & Swimming with Sharks), Homeless King (played by: David Yow from Southbound, Bleed, & Big Money Rustlas), & Songwriter (played by: Jeremy Bobb from Jessica Jones, The Son, The Knick, & Manhunt: The Unabomber). Sam takes a strange journey into a weird world that he knows nothing about when trying to solve the dog killer’s identity & his lost crush. Is any of this real? or Is Sam losing his grip on reality???? 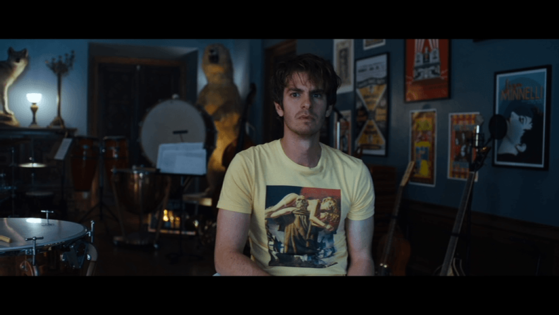 Under the Silver Lake is criminally under-rated. It didn’t get any promotion or a major push when it was released in theaters here. It reminds me of earlier David Lynch plus it has some incredible visuals with it’s creative cinematography. It had a wild atmosphere & it had you wondering what was going to happen next. This is a very weird feature but that’s why I enjoyed it so much, you don’t see cinema like this anymore. It had a stylized detective & noir feel feel to it. Andrew Garfield was top notch here, it’s definitely one of his greatest performances. Plus he had a talented supporting cast that included Topher Grace, Rex Linn, Jimmi Simpson, Patrick Fischler, Riley Keough, & Jeremy Bobb to boost the overall production. The score & soundtrack set the tone for everything, it was like another character in the feature. It had a few really dark & gruesome scenes, the special fx shined at the right moments here. It had a nice balance of humor thrown in the mix also. This flick does have some flaws, some of the writing didn’t make much sense & it left you confused at times or just felt very random. Under the Silver Lake was almost 2 hours & 20 minutes so it dragged a little every once in awhile. 20 minutes honestly should have been edited down & it would have had a much better flow to it. Besides that, I loved this movie. I can’t wait to revisit it again soon to see if I missed anything or maybe some of those weird scenes will make more sense with a repeating viewing. If you are into noir, A24, & strange cinema then you will really enjoy Under the Silver Lake, HIGHLY RECOMMENDED!!!!

Let’s discuss the special features from Lionsgate! “What Lies Under the Silver Lake: Production Design” is a little over 10 minutes. It’s an interview with Production Designer Michael Perry (The Willies, It Follows, Hell Fest, The Stand, & Fright Night 2). He talks about the various locations used in the film. He chats about how they put stuff together for the production. He brings up all the clues & additional pieces that added something to the story & the look of the movie. He mentions some influences for it. He says it’s his greatest achievement as a production designer. “Beautiful Specter: Musical Neo-Noir” is a little over 9 minutes. It has an interview with Composer Disasterpeace (It Follows & Triple Frontier). He chats about writing music for the project before they started filming. It says it was different experience from his previous work with the same director on It Follows. He wrote some pop music for a band to perform for the soundtrack. He breaks down certain themes for specific scenes. He talks about some of his influences for the score. He brings up how it was like working with an orchestra for this. He mentions that he worked on it for about a year & 12 hours a day. The standard DVD release is pro pressed & it’s available everywhere. This film also has a limited made on demand blu ray which I also reviewed. This is one of my favorites from 2018, CHECK IT OUT!!!!