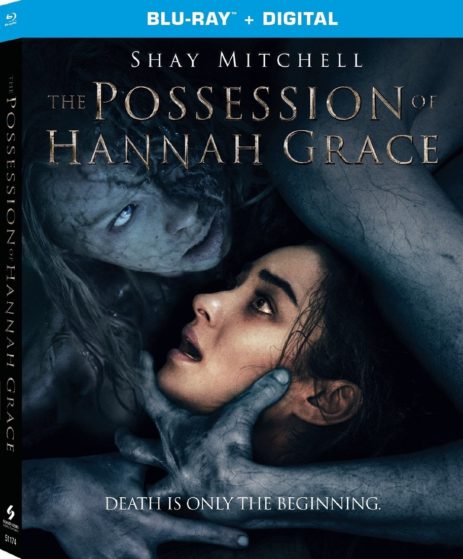 The Possession of Hannah Grace (aKa Cadaver) is a 2018 horror film directed by Diederik Van Rooijen (Keyzer & de Boer advocaten, Black Widow, Daylight, & Taped). It was written by Brian Sieve (Boogeyman 2, Boogeyman 3, & Scream: The TV Series). It was produced by Todd Garner (xXx franchise, The Fog, Anger Management, & Mortal Kombat) & Sean Robins (Scouts Guide to the Zombie Apocalypse, Tag, Shuttle 77, & Playing with Fire). Director Diederik Van Rooijen was supposed to remake Alfred Hitchcock’s The Birds but the production got delayed so he made this feature while he was waiting on it. It was originally finished in November in 2016 but it stayed on the shelf for years & it had changes made due to new studio management. The budget was an estimated $7 million & it grossed $43 million worldwide at the box office! 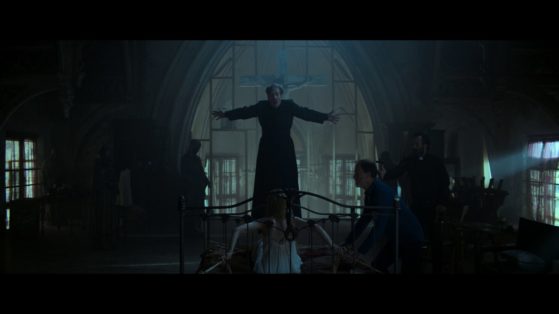 A former cop Megan Reed (played by: Shay Mitchell from Pretty Little Liars, The Heiresses, You, & Mother’s Day) just out of rehab & trying to get her life together decides to take the graveyard shift job offered by her friend Lisa Roberts (played by: Stana Katic from Castle, Absentia, Superman: Unbound, Quantum of Solace, & The Spirit) at the city morgue. Is it too soon for her to come back to reality? She faces a series of strange & violent events caused by an evil entity in one of the corpses Hannah Grace (played by: Kirby Johnson from 5150, GAIA, & Farmhouse) that is delivered to the Boston Hospital after a failed exorcism. A man sneaks in & tries to put the corpse in the incinerator. The stranger is trying to prevent more destruction from happening but he’s stopped, what unholy situation will happen next in this isolated hell night???? 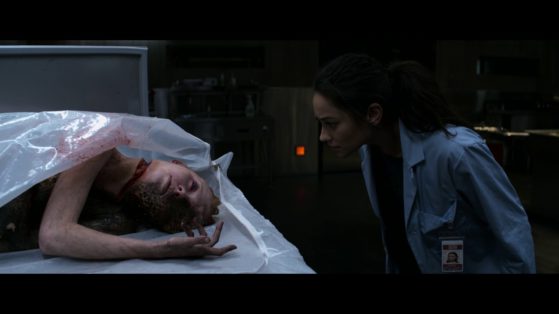 The Possession of Hannah Grace had a few bright moments. Shay Mitchell gives the best performance of her career in this, this is one of those films with a very small cast. Stana Katic & Louis Herthum (Westworld, True Blood, Longmire, & The Last Exorcism Part II) both elevated the production with their supporting roles in this. It had really good special effects. It did have a few creepy moments that stood out. The possession sub genre is a hard one to pull off. There’s so many duds produced every year with a very similar plot. Hannah Grace was slightly different from those cliches but it was still nothing original when comes to those type of features. The script was very weak, it was filled with holes & the film was too short so it actually felt rushed towards the finale so those elements ended up hurting the overall production value of it. From the history of this movie, it sounds like it destined to be a mess since it was delayed for years & they were forced to make changes due to new management. It’s definitely worth checking out but I’d recommend renting it first before you consider adding it to your collection. 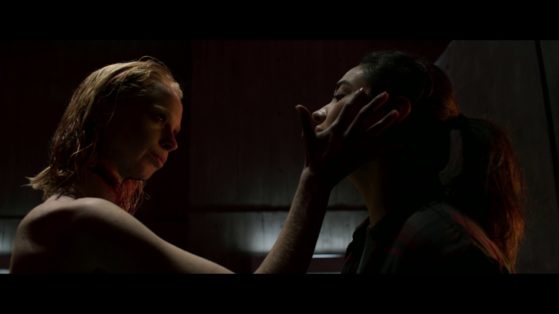 Let’s talk about the high definition presentation from Sony Pictures! This 1080p (2.39:1) transfer looks great on blu ray! It has a creepy atmosphere & the morgue location is almost like another character in this. It’s loaded with 6 different audio options which include English: DTS-HD Master Audio 5.1, French: Dolby Digital 5.1, Hindi: Dolby Digital 5.1, Hungarian: Dolby Digital 5.1, Polish: Dolby Digital 5.1, & Spanish: DTS-HD Master Audio 5.1 on this disc. The dialogue is very clean, the score has a nice boost to it, & all scares are elevated here. When it comes to providing subtitles, Sony is one of the best studios out there. This release is packed with a variety of different languages that include English, English SDH, French, Portuguese, Spanish, Arabic, Bulgarian, Croatian, Czech, Greek, Hebrew, Hungarian, Icelandic, Indonesian, Korean, Malay, Mandarin (Simplified), Mandarin (Traditional), Polish, Romanian, Serbian, Slovak, Slovenian, Thai, & Turkish! This is a real solid technical release & any HD fan will be happy with it. 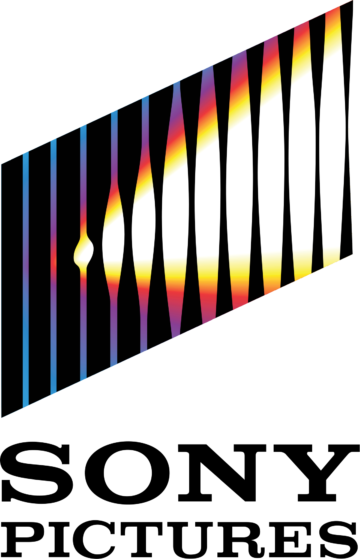 Let’s discuss the special features from Sony Pictures! “The Killer Cast” is a little over 6 minutes. It has interviews with screenwriter Brian Sieve, stars Kirby Johnson, Shay Mitchell, Grey Damon, Nick Thune, & various members of the production. They chat about the characters & the actors who played them in the production. They bring up their experience. They talk about how Kirby Johnson could move her body & her performance as the title role. They say it’s more than a horror movie. “An Autopsy of Hannah” is a little over 6 minutes. It has interviews with stars Kirby Johnson, Shay Mitchell, & special effects artist Adrien Morot. Kirby Johnson gives a quick tour of the morgue. They go into great detail about the effects & design of Hannah Grace’s body in the film. It takes you behind the scenes & shows them creating the gruesome make up for the title character. It’s a real cool look inside look into the production. The special effects were very impressive in this. “Megan’s Diaries” features two short segments “Night One” & “Night Two”. Both are under a minute. “I Lied to You” Deleted Scene which is under a minute. It has a variety of “Trailers” from other Sony releases. It also includes a slipcover & a digital code. It’s available everywhere right now, CHECK IT OUT!!!!