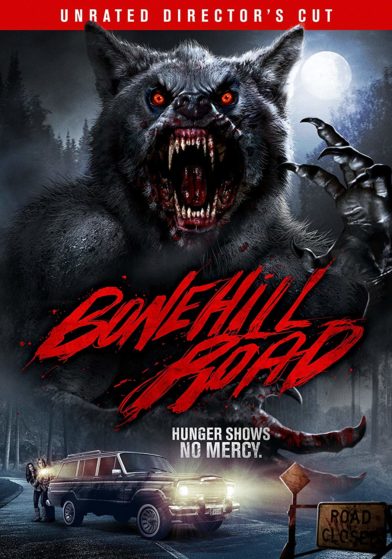 Bonehill Road is a 2017 horror film written, shot, edited, produced, & directed by Todd Sheets (Clownado, House of Forbidden Secrets, Zombie Bloodbath Trilogy, & Ouija Death Trap). Emily (played by: Eli DeGeer from Dreaming Purple Neon, Empire State of the Dead, The Killers Resolute, & Spy Kids 2) & Eden Stevens (played by: Ana Plumberg from Dreaming Purple Neon & Nailbiter: The Storm Children) are living a real life nightmare everyday from the abusive Porter (played by: Aaron Brazier from Dreaming Purple Neon, WrestleMassacre, & Attack of the Unknown). He won’t stop terrorizing his family & they have finally fought back against this monster. Emily is taking her daughter to her father Rhett Tanner’s (played by: Gary Kent from The Thrill Killers, Dracula vs. Frankenstein, Schoolgirls in Chains, & The Forest) place after escaping her dangerous reality. It’s late outside & they get stranded in the woods. They are trapped inside their vehicle while a werewolf stalks them. They manage to get away but they get attacked by the beast. 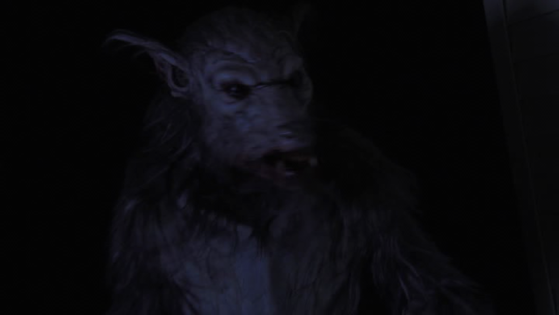 They find a nearby house while looking for help. Suzy (played by: Linnea Quigley from The Return of the Living Dead, Night of the Demons, Hollywood Chainsaw Hookers, Nightmare Sisters, Sorority Babes in the Slimeball Bowl-O-Rama, & Silent Night, Deadly Night) & Tina (played by: Millie Milan from House of Forbidden Secrets, Dreaming Purple Neon, Clownado, & Kiki Meets the Vampires) are found inside tied up. They end up captured by cannibal & serial killer Coen Anders (played by: Douglas Epps from Dreaming Purple Neon & Clownado). Lucy (played by: Dilynn Fawn Harvey from Clownado, Dreaming Purple Neon, Kiki Meets the Vampires, & Sleepless Nights) is being tortured upstairs. Rhett Tanner is looking for his family after no one showing up. He’s about to run into a bad situation. The girls are faced with more problems, the house is surrounded by a family of werewolves. Can these women survive both a serial killer & werewolves to end this night of hell? or Will both end up destroying everything in sight???? 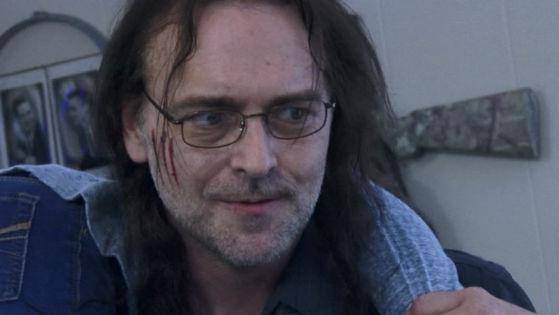 Bonehill Road is very low budget production but it uses it’s limited resources at the right moments. Bonehill Road is more of survival feature with werewolves thrown in. I actually really liked the isolated vibe it had. It kept it simple with a few locations & it mainly focused on the suspense between a few characters. It felt like something that was made in 80s, it had an old school approach to it. I thought the cast was solid for the most part but a few changes would have elevated everything to a whole another level. It was great to see horror icon & scream queen Linnea Quigley make a cameo in this. I wish she had a bigger role because that’s what originally grabbed my attention for Bonehill Road. The true highlight of this film was the special effects from Joe Castro (Uncle Sam, Night of the Demons III, Wishmaster 3/4, & Blood Feast 2: All U Can Eat), it’s great to see practical used rather than CGI in a recent production. They didn’t hold back here, it’s full of gore & guts! The transformations were really impressive considering the small budget for this. Todd Sheets is a independent horror veteran & he knew exactly what he needed to pull this off. The music was a mixed bag, I loved the actual score but I didn’t like the soundtrack at all. The werewolf sub genre has slowed down over the years so it was refreshing to see hints of it featured here. It was definitely better than expected overall, it kept me entertained the whole running time & it had a few brutal scenes that really stood out, Horror fans will be pleased with the throwback atmosphere & special effects, it’s lots of fun. I won’t spoil it for you but keep watching after the credits. It’s HILARIOUS & I really hope if they do a sequel to this they actually focus more on the werewolves. 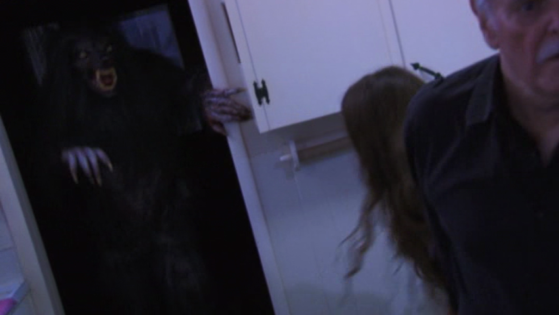 Let’s discuss the DVD release for Bonehill Road from Wild Eye Releasing! “Full Moon Madness” is a 40 minute making of documentary about Bonehill Road. It has interviews with director Todd Sheets, actors Linnea Quigley, Gary Kent, Eli DeGeer, Ana Plumberg, Millie Milan, Dilynn Fawn Harvey, & various other crew members. It has all kinds of behind the scenes footage including some special effects stuff with Joe Castro. Everyone chats about their experience on the project & working with Todd Sheets. Todd Sheets said he wrote characters for specific actors & that’s why so many of his regulars are in this. He talks about being a huge fan of the werewolf sub genre & finally getting to do his own take on it. He chats about his love for cinema & how it distracted him from problems he was having in real life. Ana Plumberg says she turned down the “Heathers” remake to do this. Veteran actors Linnea Quigley & Gary Kent mention how they met the director & why they got involved with the production. Todd Sheets takes you through his journey of making this feature. He is very passionate about this project & it really shows here. It might be the only true extra on the disc but it’s a great one! You tell everyone was invested into this film & put everything into it. It’s a cool inside look into independent film making. It also has some “Trailers” from Wild Eye Releasing. It’s available everywhere right now including Walmart stores, CHECK IT OUT!!!!