New “Candyman” Film in the Works Helmed by Jordan Peele

A remake to the classic 1992 film “Candyman” starring Tony Todd is set to drop in 2020! New comer to the horror genre Jordan Peele’s (Director of “Get Out”) company Monkeypaw Productions is backing the film. However it will be directed Nia DaCosta.  This classic slasher film originally directed by Bernard Rose was a staple of my childhood. As a kid born in the 80’s and raised in the 90’s I can tell you that we ALL did the Candyman mirror dare and were ALL terrified of the bloody meat hook coming from his stump of a arm. As of right now the only details that are known of the plot is that it will take place back in Cabrini Green projects, which is the same location of the first film. 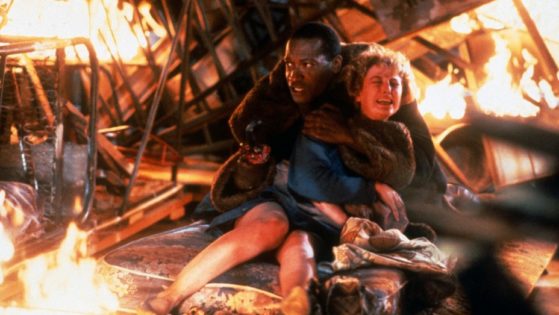 You can expect to get your first glimpse of the film in theaters June 12, 2020. Finally for those that may not know, the original telling of this sadistic tale came from the mad mind of Clive Barker. Clive had penned this story under the original name “The Forbidden”. The short story was later adapted for film and changed into what we know now today as “Candyman”.