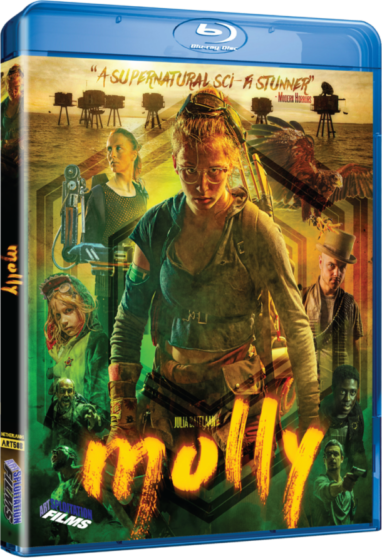 Molly is a 2017 science fiction film directed by Colinda Bongers (Hybris) & Thijs Meuwese (Holland’s Next Talkshow, Photon, & Kill Mode). A prequel to this feature titled “Kill Mode” will be released soon. In a post apocalyptic world where bullets have become currency & medicine is rare, a clan of marauders uses a home brewed drug to turn innocent people into rabid beasts to have them fight each other in their fighting pits for their entertainment. When their leader Deacon (played by: Joost Bolt from Magistratus: Overtura, Flikken Maastricht, LelleBelle, & De Punt) hears rumors of a mysterious girl named Molly (played by: Julia Batelaan from Goede tijden, slechte tijden, De spa, Magistratus: Overtura, & Kill Mode) with superpowers near them, he sends his most dangerous fighters including his main henchwoman Kimmy (played by: Annelies Appelhof from De spa, Circus Noël, Flight HS13, & StartUp) to bring her to him. Molly finds a young girl Bailey (played by: Emma de Paauw) that’s lost & alone, she decides to protect her from this wild wasteland of a world. She has defend yourself from the ruthless group or she will become their ultimate weapon for their viewing pleasure. Can she survive this destruction or will she become apart of it????

Do you enjoy the Post Apocalyptic sub genre? If so, you will have lots of fun with this one. Molly doesn’t have much of a plot or story to it but it definitely makes up for that when it comes to entertainment. Non stop battles & murder keep your eyes glued to the screen. It’s a buffet of violence that never really ends. It’s loaded with action, fights, death, & chaos that literally leaves a pile of bodies everywhere at the end! It kinda has a Turbo Kid meets Battle Royale vibe to it. The characters in this are all over the top & very violent for this crazy universe. Julia Batelaan was great as the lead character. Her role got crazier & crazier as the feature went on. She was a killing machine. Molly had a nice visual style & atmosphere to it. For being a very small independent production, they used every cent & all their talents to make this unique world look like something bigger. I am glad that this obscure sub genre is making a little come back these days with recent material like Mad Max: Fury Road, Turbo Kid, It Comes at Night, Extinction, The Last Survivors, & Future World. I am ready for some more brutality & gruesome images, looking forward to the upcoming prequel. HIGHLY recommended for post apocalyptic, independent, strong female leads, & action fans!!!!

Let’s talk about the high definition presentation from Artsploitation Films. This 1080p (1.85:1) transfer really stands out on blu ray due to it’s crazy visual style, cinematography, & creative setting. It’s a very small production but they used their resources to their best ability & it shows here. The 5.1 DTS-HD MA track has a nice boost to it considering this feature is full of fight battles, killing, & action! The score sounds great on it & adds to the excitement. It also has English subtitles. 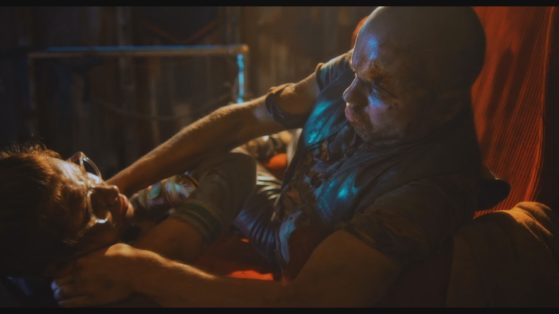 Let’s discuss the special features on this blu ray disc. “Audio Commentary” with co-director & writer Thijs Meuwese. He says they wanted to start this film out different compared to all the other post apocalyptic features. He chats about working on a lower budget. He mentions he wanted the Molly character to be real & not flashy like something out of Resident Evil. He talks about some changes from the original script. He brings up the sets & locations of the production. He goes into detail about some of the characters. He chats about the fight scenes, he says it’s a martial arts film without the martial arts. HAHA He brings up the visual style of the production. He mentions the music for the4 film & the style it brought to environment. He mentions the long shot towards the end. It sounds he had a good experience making Molly. I do think a few moments are very strange & bizarre here where he doesn’t seem to know about a character or acts like he has no idea about their backstory but he was the one who wrote the script so it threw me off a little. “Making of Molly” is a little over 31 minutes. It has all kinds of behind the scenes footage for training & filming on the set. It shows the various locations used for the feature. The directors & actors speak a little bit during filming. They are all subtitled. It’s a fun inside look into the production for this. It also has a “Trailer” for the film. It’s available everywhere right now, check it out!!!!