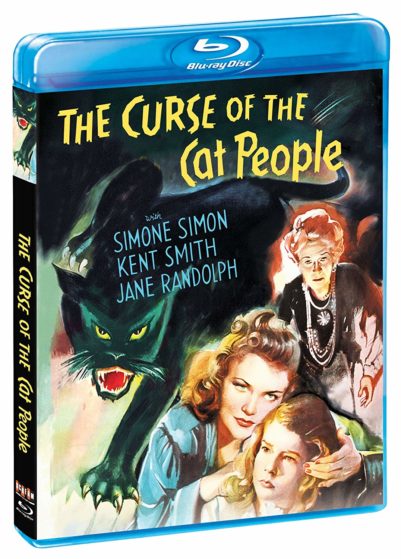 The Curse of the Cat People is a 1944 horror film directed by Gunther von Fritsch (Flash Gordon TV Series, Stolen Identity, & Cigarette Girl) & Robert Wise (The Body Snatcher, The Haunting, The Day the Earth Stood Still, & The Sand Pebbles). It’s a sequel to 1942’s Cat People. Simone Simon,  Jane Randolph, & Kent Smith all return to their roles for this follow up. Simone Simon was paid double to reprise her character from the first film. Elizabeth Russell plays a different character but she had an uncredited role in the original also. It was only supposed to be directed by Fritsch but after 18 days of filming RKO Radio Pictures assigned editor Robert Wise to take over the production. This was the first official credit & debut for the established director. It was put together by super producer Val Lewton (Cat People, I Walked with a Zombie, The Ghost Ship, Bedlam, & Isle of the Dead). Lewton wanted this to be a stand alone film & have it titled “Amy and Her Friend” but the studio wanted to cash in on the success from it’s predecessor. RKO wasn’t happy with the final cut so they made the crew re-shoot scenes & cut out some important ones to give it a different look. They re-used the sets for Orson Welles’s The Magnificent Ambersons from 1942 to keep the budget lower for production. It’s used as a training video for child psychologists. 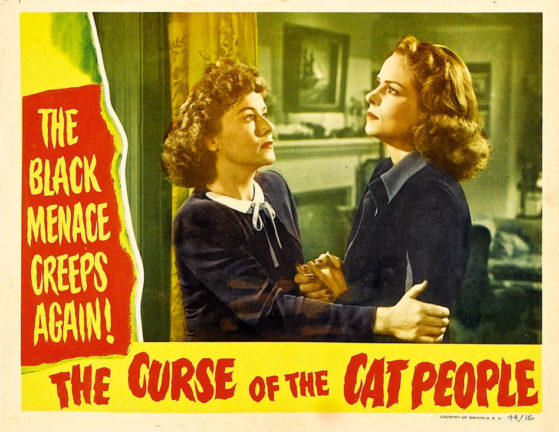 After the death of his wife Irena (played by: Simone Simon from Cat People, Girls’ Dormitory, Seventh Heaven, & Mademoiselle Fifi), Oliver Reed (played by: Kent Smith from Cat People, The Cat Creature, The Night Stalker, & Die Sister, Die!) has moved on in his life after experiencing a devastating tragedy. He re-married a former co-worker Alice Moore (played by: Jane Randolph from Cat People, Abbott and Costello Meet Frankenstein, The Falcon’s Brother, & The Falcon Strikes Back). They had a child together six years ago named Amy (played by: Ann Carter from Blondie Hits the Jackpot, The Two Mrs. Carrolls, & The North Star). Amy is struggling at her school. She stays away from the other kids & she’s always deep into her imagination. She finds a photo of Irena & ironically ends up striking a friendship with the stranger. She also meets Julia Farren (played by: Julia Dean from The Ransom, Experiment Perilous, & Girls’ School) that’s being taken care of by her daughter Barbara (played by: Elizabeth Russell from Cat People, Bedlam, The Corpse Vanishes, & Hitler’s Madman). Mrs. Farren doesn’t trust her own family. Amy gets a mysterious ring from one of her new friends. Edward (played by: Sir Lancelot from I Walked with a Zombie, The Ghost Ship, & The Buccaneer) the family servant watches over the little girl & takes her places. Barbara is angry & jealous about her mother giving Amy more attention than her. Oliver is worried about his daughter’s mental state & he’s starting to get paranoid that his past is starting to haunt him. All of these conflicts are creeping up on Reed family & it’s becoming a dangerous situation for the unit. Can they survive these odd troubles? 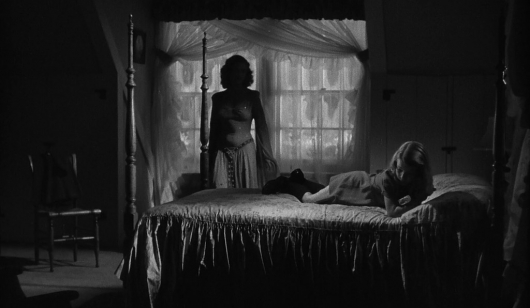 The Curse of the Cat People is a definitely a different kind of horror film. They really don’t make stuff like this these days. It’s a old school ghost story. It’s more of a mystery & fantasy rather than a straight up horror production. It honestly doesn’t have much to do with the original Cat People besides the returning characters. It goes a completely different direction compared to that feature. Technically, it has one of the actual Cat People in this but it doesn’t show any transformations & it never explores that universe in this.  I’d almost say it falls into the creepy kid sub genre. Ann Carter gives one of the best child performances I’ve ever seen in a motion picture. As a matter of fact, the entire cast is really good! This follow up is a little slow at times but it’s one of those types that make you use your brain & actually think which is always good in my opinion. It’s a classy quality effort but you need to remember it’s a 1940s production so it’s much different than anything made today so be ready for a vintage experience with this. Recommended for fans of the Cat People & films in the golden age!!!! 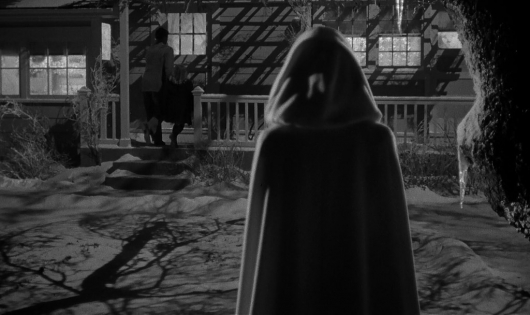 Let’s talk about the high definition presentation. Honestly, I haven’t seen that many Black & White films in this format but this one looks beautiful & all the details really stand out so much more with it’s look. This 1080p (1:33:1) transfer is very impressive for being such a older film. The DTS-HD Master Audio Mono 2.0 track is very clean & sounds great considering it’s age. Both picture & sound are way better than expected since the film has been around for a very long time on this blu ray release from Scream Factory! 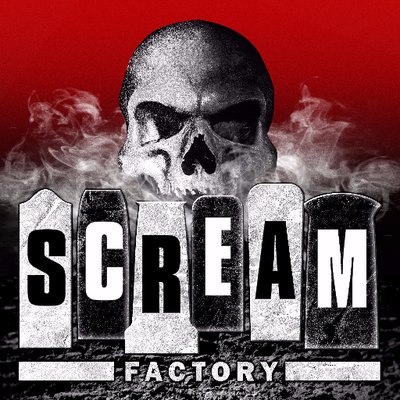 Let’s discuss the special features on this release. You get two Audio Commentaries! A brand new one with author/historian Steve Haberman. He goes into great detail about this production. He talks about the fierce competition with Universal at the time. He gives you a brief history of some of the cast & crew. He chats about it costing more than the original & eventually going over budget. He goes into Val Lewton’s career & brings up his other projects besides this one. It’s a well informed track & you actually learn alot about this. Plus there’s an older one with historian Greg Mank. It goes over very similar information & facts from the first commentary track. He does go more into detail about what changes were made to this film. He points out key scenes that were removed & material that was added on later after it was finished. “Lewton’s Muse: The Dark Eyes of Simone Simon – a video essay by filmmaker Constantine Nasr” is a little over 31 minutes. He talks about the struggles she had getting into the movie business. I didn’t realize she was so controversial! This extra is top notch especially if you are interested in the actress. It’s loaded with information & stories from her troubled past. “Audio Interview with Ann Carter, moderated by Tom Weaver” is 19 minutes & it’s from 2007. She talks about her experience on the film. She mentions working with the cast & crew. She talks about being a child actress. She brings up her parents & agent about their help while she was making movies back then. She talks about giving up acting to be become a teacher. Last but not least, you get a Theatrical Trailer for the film. This release went beyond what anyone could expect for a film like this & it’s age! It’s really loaded & it’s full of so much history for this sequel. I was very impressed how this blu ray was handled. I hope Scream Factory gets their hands on more Val Lewton productions in the future because so many of them deserve proper high definition treatment & more exposure to this new generation of horror fans.