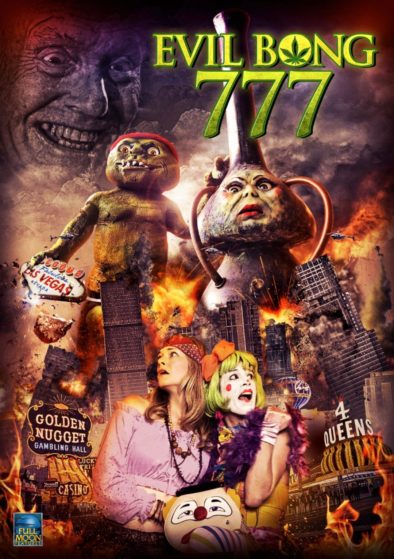 April 20th is around the corner.

And you know what that means…

The BONG is BACK!

The weed weirdos are BACK in Charles Band’s 7th smoke-soaked entry in Full Moon’s surreal and smutty horror comedy series. And we have your first look at Ryan Brookhart’s UNREAL original poster art that’s featured above! 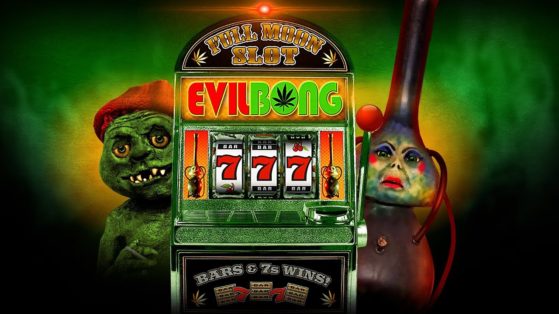 For this seventh spliffiest entry, Full Moon’s founder – producer/director Charles Band – has dragged his merry band of misfits to Sin City itself! EVIL BONG 777 leaves off where last year’s EVIL BONG 666 left off. Our scowling weed-spewing Eebee is out of “Sexy Hell” and heading to Las Vegas with danger on her tail! She’s joined by her whack pack of fabulous freaks: Faux Batty, Rabbit, Misty and The Gingerweed Man.

Get ready for a tidal wave of smutty, skunky, surreal insanity as the gang gets into all manner of misadventures. Can Vegas handle this gaggle of ganja-fied weirdos?

EVIL BONG 777 will be released on Full Moon’s Amazon channels, Hulu and FullMoonDirect.com on April 20th – 420! -an EVIL BONG tradition! A DVD and Blu-ray release will follow at a later date. 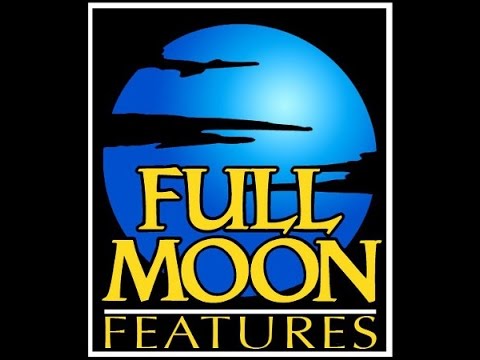 And make sure you check out Charles Band’s new BONG-centric Vidcast down below: