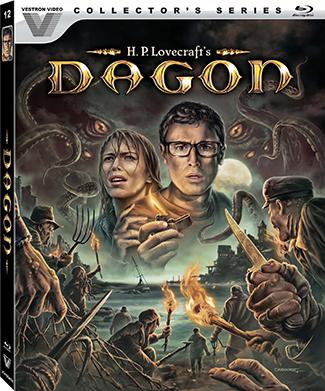 H.P. Lovecraft’s iconic tale comes to life when the Vestron Video Collector’s Series releases the modern retelling of the horror classic Dagon on limited edition Blu-ray™ on July 24 from Lionsgate. Directed by horror mastermind Stuart Gordon (Dolls, Re-Animator) and starring Ezra Godden, evil rises and a legend unleashes the rage of Hell after a yacht crashes on the Spanish coast and the survivors are forced to face their nightmares. Packed with all-new, never-before-seen special features, including interviews with Stuart Gordon and producer Brian Yuzna, as well as a conceptual art gallery from artist Richard Raaphorst, and featuring custom illustrated art, the restored and remastered Dagon limited edition Blu-ray will be available for the suggested retail price of $39.97.

Residents of a fishing village tempted by greed evolve into freakish half-human creatures and must sacrifice outsiders to an ancient, monstrous god of the sea. 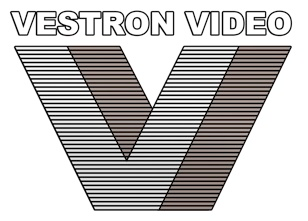 One thought on “OFFICIAL VESTRON VIDEO ANNOUNCEMENT: DAGON IS COMING TO BLU RAY ON 7/24!”