I grew up in an era where “Fast Times at Ridgemont High” was shown late night on stations like TNT and TBS back in the early 90’s. Typically it would be double billed with a horror film of the era that would help bring a wonderful vibe and perfect mix of horror and comedy. These nights were relics of my childhood. I remember staying up late to watch the riotous film as a kid. Now, fast forward a couple decades and I am getting the opportunity to interview one of the stars of a childhood gem of mine! Not to mention the other numerous roles she has been in. Kelli Maroney has established herself as not just a great genre actress, but a great actress in general and a sweetheart of a human being! I had the honor to sit down with her this week for an interview. You can read our full discussion down below!

Horror Headquarters: First, let me thank you for your time and opportunity to interview the woman behind several horror classics such as: “Night of The Comet”, “Chopping Mall”, “Not of This World”, “Slayground” and many others! You also were a lead role in the cult classic “Fast Times at Ridgemont High”. Horror Headquarters as a whole and myself especially appreciate the chance to talk horror with you!

Kelli Maroney: Thank you, the pleasure is all mine. I love talking horror! Thanks for asking me.

Horror Headquarters: So, your first major film role was Cindy in “Fast Times at Ridgemont High”. This is considered by many including myself as a staple and classic of 80’s cinema. It demonstrated the teen lifestyle of the time very well. What was your experience like on the set with it being your first major outing?

Kelli Maroney: Well, it was certainly my first trip to Hollywood, CA. I’d been reading all the biographies of the movie stars and others in the industry all my life. So it was a dream come true to see everything with my own two eyes, watching the Universal lot come to life in the morning, with everyone coming to work and “taking their places.” Every single person on that set and everyone working on the film was fully committed, professional, and, of course, uber talented. I couldn’t have asked for a better intro to Los Angeles. 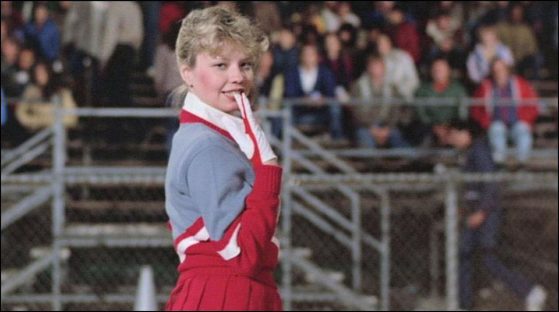 Horror Headquarters: A year after “Fast Times at Ridgemont High” you were in a film called “Slayground” with a more sinister vibe and darker feel for sure. How difficult was it to switch gears from a comedy to something with a much darker atmosphere?

Kelli Maroney:Slayground was the first film role I shot, but the movie was released after Fast Times. I was so into auditioning for a psychotic killer! I really went for it. I was already playing an evil Lolita on the soap I was in, Ryan’s Hope, so I didn’t think of it as switching gears at all, just amplified!

Horror Headquarters: Just one year after that, you appeared in “Night of The Comet” a sci-fi/horror/comedy that brings an empowering look at females as the lone survivors of the comet crash, battling against zombies and scientists. How did you approach creating the mindset of Samantha Belmont?

Kelli Maroney: Thom Eberhardt, the writer/director, showed me the film, My Man Godfrey He didn’t want me to copy Carole Lombard–just get a feel for the tempo and qualities he was thinking would work best for Sam. From there, after I had that as a base, it wasn’t really that big of a stretch for me to imagine what it would feel like if everyone was gone, your life was over before it started, none of your dreams were going to come true, and your whole existence revolved around your trying not to get eaten by “freaked out zombies.” 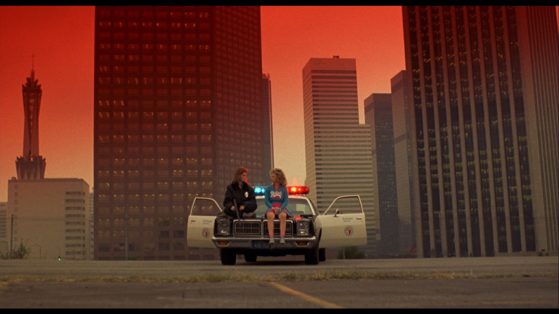 Horror Headquarters: In 1986 you took part in the classic and unique sci-fi horror classic directed by Jim Wynorski, “Chopping Mall”. How functional were the robots from the film? And were there any malfunctions on set with the robots?

Kelli Maroney: The killbots had various degrees of function. There was that great “arm” on one, another one had a remote control, and I think only one of their heads spun around. There weren’t three complete killbots. Other than the remote control being unpredictable, I remember them as working well. It was the humans job to make the scenes work, not the killbots. Robert Short had already done many miraculous special effects–the mermaid fish tail in Splash was his creation, too—so, we were in great hands! Then with their voice-overs, the music, and some cool photography, killbots really came to life. 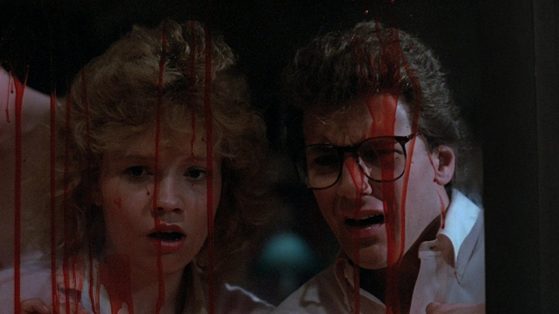 Horror Headquarters: Two years later in 1988 you were in another Jim Wynorski film called “Not of This Earth”. Did you find it easier to work on this film as you already had the sci-fi and horror experience as well as already having had worked with Jim previously? Or was there a new set of challenges you had to tackle when taking this role?

Kelli Maroney: Well, Not of this Earth came about because I got a call one afternoon from Jim. He asked if I was free the next day because he had an idea. He thought it would be funny to put me in some scenes in an identical nurse uniform as Traci was wearing. I said, “Great, why not? I’ll have a fun day on the set and make my rent this month!” I wish I had a deeper story than that, because I do appreciate this question a lot, but I’m sorry to say there was almost no thought put into it other than “Let’s shoot this!”

Horror Headquarters: Moving forward with your career, what is a role you would love to play that would be YOUR ideal/dream role?

Kelli Maroney: I’m so happy that the badass women are back in the movies. I’d like to play the types of roles they were writing when I started out as the mature women version of those characters. I knew I was lucky to be getting all these amazing roles at the time, but I didn’t really understand back then how rare it was that they even existed. 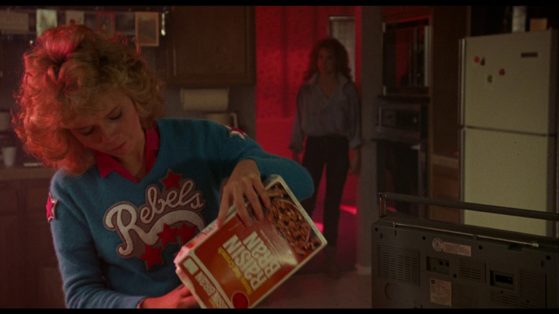 Horror Headquarters: Looking back on your illustrious career, what film do you personally hold closest to heart? I know thats like asking who is your favorite child, haha, BUT if you HAD to choose, which one is the most important to YOU?

Kelli Maroney: Night of the Comet, because it seems to resonate in a deeper way with the fans I’ve had the honor of speaking with about it. People have their own stories from their personal lives that they share with me, how it wove into their lives at a particular time and why it was memorable for them, That’s the whole point of movies and acting for me–to make that connection with other humans. That’s not to say that I don’t have similar experiences talking with people about the other roles I’ve been fortunate enough to have played, because I do, and I cherish them, too, but you made me pick ONE! To call back to the ‘favorite child” comparison at the beginning of this question, it’s not really possible. 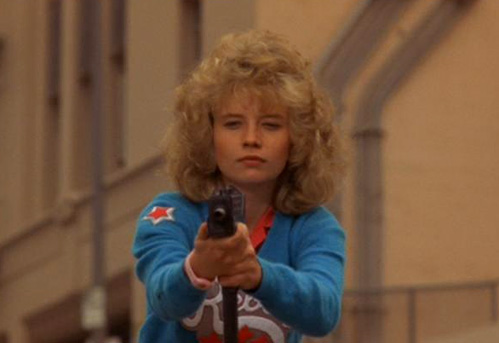 Horror Headquarters: Can we look forward to seeing you at any horror conventions in 2018 or 2019?

Kelli Maroney: Thanks for asking! So far this year I know I’ll be at Crypticon Seattle May 4th and 5th, and Scares That Care in August. In the Fall I have a film coming out, “Exorcism at 60,000 Feet,” which I hope people will find extremely entertaining, and quite a few icons of our horror genre make appearances in it as well. My appearances and current news can always be found on my website, http://www.kellimaroney.com in What’s New? and my blog, my Facebook page, http://www/kellimaroneyofficial, Twitter, http://twitter.com/kellimaroney and Instagram http://www.instagram.com/kellimaroney.

Kelli Maroney: Thank you, Klive! I appreciate your time as well, and will be on the lookout for all news from Horror Headquarters, too!