Returning To “The Burning” With Shelley Bruce (Interview)

Recently, we sat down with Shelley Bruce who played the role of “Tiger” in the cult classic slasher “The Burning” in 1981. This film ranks among my personal favorite slashers of all time. Wonderfully pieced together with amazing kills at the hands of the killer “Cropsy”, a great score by the incredible Rick Wakeman and stunning practical effects from the legendary Tom Savini. This film shaped up to be one that stood the test of time and still has an amazing following of fans, me being one of them haha. Shelley is as polite and kindhearted as you could imagine. Below you will find our full interview together as we return to “The burning”! From 2018 back to 1981. HERE WE GO!

Horror Headquarters: First, let me thank you for your time and opportunity to interview one of the women behind one of the greatest slasher films ever. You survived the wrath of the villainous “Cropsy” in “The Burning” and lived to tell the tale! Horror Headquarters as a whole and myself especially appreciate the chance to talk horror with you!

Horror Headquarters: You played Tiger in the classic 1981 slasher “The Burning”, what was your experience like working on set? And do you have any fond memories or moments that stick out during filming?

Shelley Bruce: Working on The Burning was a great experience. Our cast was a mix across ages and the other actors were really a lot of fun and very easy to work with. The canoe trip scene and the dining hall scene were particularly memorable. If I remember correctly, sinking a canoe was not in the script, simply a result of all the tom foolery going on among us! The scene in the dining hall was truly out of control. I remember all I could is giggle uncontrollably, one of those once you start laughing you can’t stop moments that they brilliantly caught on film. 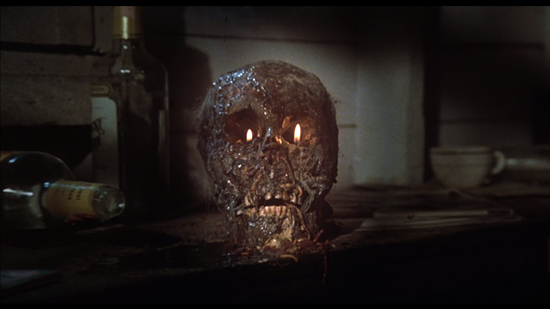 Horror Headquarters: What was the process that you went through to get involved in this film? And how did the opportunity arise?

Shelley Bruce: The Burning was really just a routine audition that my agent sent me on. Nothing to remarkable about it at the time.

Horror Headquarters: Were you able to see Cropsy (Lou David) in full makeup before they filmed or was it a surprise when he came on set?

Shelley Bruce: I actually never met Lou until we did the Bay of Blood horror weekend in Tampa back in 2016. 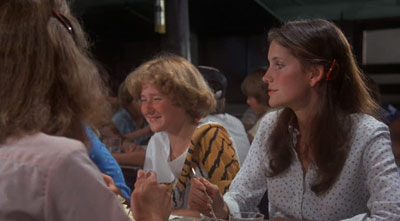 Horror Headquarters: The legendary Tom Savini provided the special effects for this film, what was it like being on set with the master of macabre in his earlier years? And what was it like to experience his work first hand?

Shelley Bruce: Tom was so wonderful to work with. He was so generous in giving us access to him while working. I remember seeing all the medical books regarding burn victims and watched as he poured over the details working to get everything as accurate as possible. It was also really fun to see Betsy Palmer’s head from Friday the 13th. WE would play basketball with it lol. 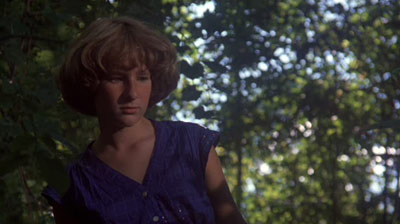 Horror Headquarters: Some actors and actresses claim it is like a badge of honor to be killed off in a film by the villain. Were you let down you didn’t get Cropsy’s wrath? Or were you glad to be in the surviving group?

Shelley Bruce: The funny thing about that is, I guess I never really read the script well. I didn’t realize how close I came to death until one of the screenings.

Horror Headquarters: This film is considered by many, myself included, to be one of the greatest slashers ever. Were you as disappointed as fans that there was never a sequel? And would you of come back had the chance arose?

Shelley Bruce: We were actually just talking about that at Chiller. I would love to see a sequel and would “die” to be a part of it! Maybe Alfred goes crazy and takes on the persona of Cropsy 😉

Horror Headquarters: Did you find it hard to make yourself upset for the distress scenes? Particularly after the attacks of Cropsy near the tail end of the film. How difficult was it to get in that mindset?

Shelley Bruce: It really wasn’t difficult to tap into the sadness and horror of the storyline. It was hot and we were tired, so I just tapped into that.

Horror Headquarters: During the filming of the movie, what do you recall as being the biggest issue on set, if any at all?

Shelley Bruce: There really wasn’t much drama on the set. Everyone got along well. If anything I would say any stress came from budget issues since it was the Weinstein brothers first movie and they really didn’t have enough money. 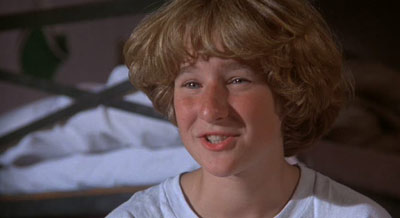 Horror Headquarters: After “The Burning”, it seems that you ended your career as an actress, what was it that pulled you away from film? And what did you personally pursue after you put the breaks on the acting?

Shelley Bruce: I actually didn’t end my career after The Burning. We filmed in the summer of 1980 and I did some appearances and local appearances following that. I took a break from acting the following fall when I was diagnosed with Leukemia. By mid 1982 I was involved in an off Broadway cabaret show and then did The Wizard of Oz at Valley Forge and Westbury Music Fair. In late 1983 I face some medical issues surrounding my leukemia and took a few month off again. Early 1984 I switched gears and turned my focus to my one forever loves, music. I started working with a local band playing club dates and over the course of the next 9 years continued singing with bands. I didn’t really step away until somewhere around 1994. By then the band I was with was starting to disband and I was getting busy with my son who was around 4. 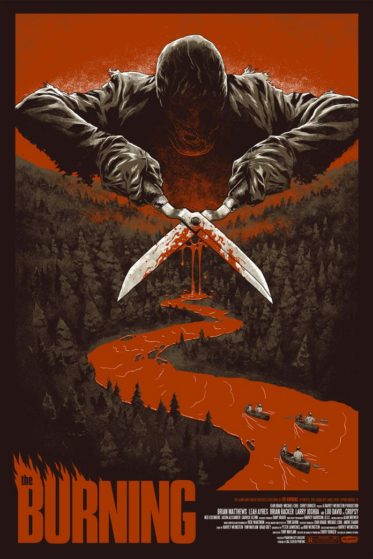 One thought on “Returning To “The Burning” With Shelley Bruce (Interview)”