Jamie Bernadette diligently worked her way up from a child with big dreams to a horror icon and award-winning actress and producer. As well as making appearances in the TV shows Tell Me You Love Me and NCIS: New Orleans, she has over 70 completed works and has starred beside Malcolm Dowel (American Satan) and David Carradine (Absolute Evil). Jamie, born in Illinois, has taken on some daring roles across many genres, showcasing her natural talent and fearless attitude towards her work and life in general. Jamie learned independence from an early age and later made the bold decision to leave her hometown and venture out to Los Angeles with limited means. She’s been described by peers as intuitive, charming and above all, fun to be around. With a Rising Star Award and an unrelenting schedule, Jamie’s career is taking off and she’s gathered a loyal following – what’s more, she remains very humble with it! Read on for the full interview.

Horror Headquarters: Jamie, you’ve obviously done a lot of acting within the horror genre, as well as co-writing and producing your own movie (The 6th Friend). What was it about horror that originally drew you in, and can we expect to see more of it in the future?

Jamie Bernadette: I’ve loved horror since I was a child so it’s hard to really say what drew me in specifically. I would watch films and act out the scenes. I knew “A Nightmare on Elm Street” word for word. I wanted to be the lead character, Nancy. I was obsessed with it. I loved a lot of other horror films as well, but that one particularly drew me in.

Yes, you can expect more horror from me in the future. I just finished filming in another horror film this week called “Cerberus”, directed by Sean Cain. I play one of the crazy villains, which was an absolute blast.

Horror Headquarters: You have some impressive new releases coming up. Amongst them is the slasher, 4/20 Massacre, directed by Dylan Reynolds. I imagine it must be a lot of fun working on a set like this! Tell us a bit about the story and what it was like to play Jess.

Jamie Bernadette: It’s about 5 girls who go camping for the weekend in celebration of Jess’s birthday and the 4/20 holiday, and they end up with some weed that was stolen from the pot fields and the growers come after them. I loved Jess. She is strong and kind and will do anything for her friends. She has some wicked mixed martial arts moves and who doesn’t love that?!

Horror Headquarters: Do you have any favourite slasher movies or actresses that inspired your performance in 4/20 Massacre?

Jamie Bernadette: Jessica Biel in “The Texas Chainsaw Massacre” is always my inspiration for horror. She absolutely nails that performance. She’s brilliant. 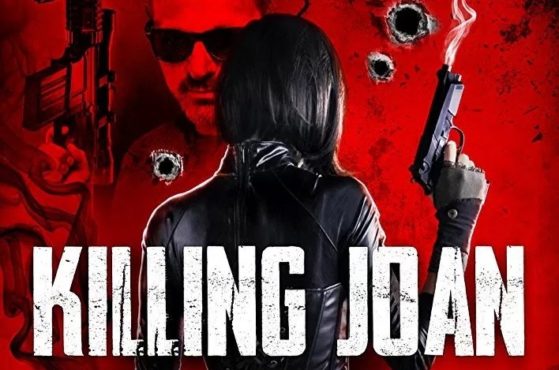 Horror Headquarters: We can also look forward to seeing you in the revenge thriller, Killing Joan, directed by Todd Bartoo. This is amongst my favourite genres of film, and the idea of Kill Bill with a supernatural twist is one to be excited about. What is it that motivates your character, Joan? How did you prepare for such an intense role?

Jamie Bernadette: Joan is brutally murdered by those who are supposed to be her friends and she comes back as a spirit to get revenge on them. I worked with the stunt coordinator a lot, Erik Aude, who is really great. He worked with me on all of the physical stunts and fighting, and then I did my normal work for the character that I do in all of my films: worked out her backstory, knew her intentions, etc. 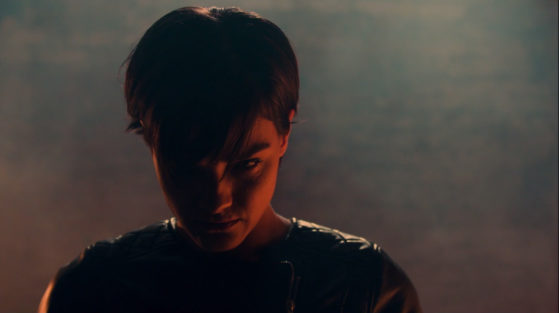 Horror Headquarters: Which of these movies did you enjoy working on most and why? Did you encounter any particular challenges with either role?

Jamie Bernadette: I loved both of them for different reasons. They were both fun. I remember being really cold the last day of filming on “4/20 Massacre”. I had on a sports bra and thin pants, and I had to do fight choreography all day and into the night being very cold. That is always a challenge.

Horror Headquarters: Who have been your most influential actors or directors that you’ve worked alongside? Any others that you’d love to team up with in the future?

Jamie Bernadette: Just last fall, Tony Wharmby directed the episode of “NCIS: New Orleans” that I guest starred in and he changed my acting forever. I will never be the same. He has been directing since 1968 in some of the biggest TV shows of all time. He really knows his stuff. I can never put a price on what he taught me. I was blown away and let him know and his humble, sweet response was, “This is what they pay me for.” He’s a director who pays attention to the acting. Believe it or not, not all directors do.

I would love to work with Darren Aronofsky (Black Swan) and Baz Luhrmann (The Great Gatsby). 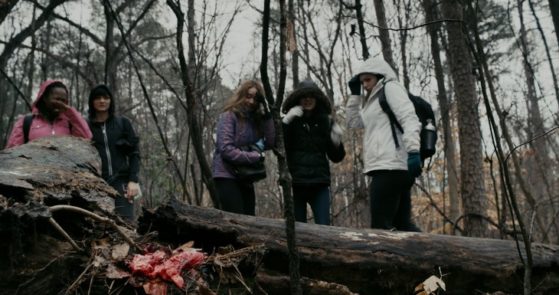 Horror Headquarters: It’s fair to say that you’ve earned the title of a scream queen. Historically, women have a tough time in the horror industry; although times are changing. You starred as part of an all-female cast in All Girls Weekend, which in itself was giving homage to The Descent. Do you think women need more support, and what advice would you give to aspiring actresses, producers, directors, writers, etc?

Jamie Bernadette: I do think women need more support. I experienced discrimination on several occasions when I was in a power position as a film producer on “The 6th Friend” and “State of Desolation”.

The advice I would give to women in this industry is to stick together, as women in Hollywood are really doing now. As a group, we can be very powerful and make change.

Horror Headquarters: You’re playing the lead in the sequel to the notorious, I Spit on Your Grave (Deja Vu), which is the first to continue from the original movie. How did that come about? Were you excited to work with director Meir Zarchi and actress Camille Keaton, who also played Jennifer Hills back in 1978?

Jamie Bernadette: When I submitted for the film, I thought, “I will submit but I probably won’t get this.” Then they asked me to send in an audition tape. Then they called me in for an in-person callback and I thought, “Well, if I get to meet writer/director Meir Zarchi, then I am good if I don’t get the role. It will be worth it.” That’s how much I loved the original film. And Meir was there at the callback. I was happy. Then they called me in for another callback that was 5 hours long and I read with multiple actors. I was beyond thrilled when they cast me about 2 months after that.

I wasn’t just excited to work with Meir and Camille, I was ecstatic to the point that every day on set I wondered if this was really happening. It was so surreal to me. It still is honestly. I still can’t believe it.

Horror Headquarters: Do you have any projects coming up, be it writing or acting? Any other genres that you want to explore that you haven’t already?

Jamie Bernadette: I am about to begin filming as the leading role in a movie called “The Furnace”, being directed by the Oscar-Nominated director, Darrell Roodt. His film “Yesterday” was nominated in 2004 for Best Foreign Feature Film at the Oscars. He is a phenomenal director and I am so excited to work with him. His latest film “The Lullaby” is an absolutely gorgeous film and has received all rave reviews.

I just filmed in “Backseat”, starring Amy Adams, Christian Bale, Sam Rockwell, and Steve Carell. I can’t talk much about it due to confidentiality, but I can say that I have a wonderful scene with one of the stars of the film. I’m hoping it makes the final cut of the film, as sometimes smaller scenes will get cut out due to time or other factors; but so far it is looking like my scene will make the film, so I’m really excited about that. It’s coming out later this year.

I just finished filming in a horror film called “Cerberus”, directed by Sean Cain. I play a villain and that was a lot of fun! Sean gets his movies out pretty fast so we may even see that this year.

In the fall I am filming as the leading role in “Harvest Moon” with Robert Englund, who of course played Freddy Krueger, my childhood obsession. Also acting in the film is one of my best friends, Maria Olsen, who also acts with me in “I Spit on Your Grave: Déjà Vu”.  I can’t wait to film in this.

Horror Headquarters: What’s the funniest moment that you’ve ever had on set?

Jamie Bernadette: On “Killing Joan” my love interest, Teo Celigo, and I could not stop laughing during the dialogue that happens right before the love scene. We knew the love scene was coming so we laughed and laughed. That got the director, Todd Bartoo, laughing as well. We acted like two 12-year-olds who were about to kiss.

Horror Headquarters would like to give a big thanks to Jamie for her time. I personally am looking forward to the upcoming releases, and best wishes for your future in horror!

Follow and support Jamie at her official pages below: