Prepare To Be Re-Animated!

We’re happy to announce that Umbrella Entertainment has happily announced that they will be releasing ALL 3 Re-Animator films on Blu-ray, and this is a first ever for Beyond Re-Animator! Coming this June, these films will be released as a part of a 2-disc Collectors Edition, which also includes the theatrical and integral versions, along with a ton of special features. 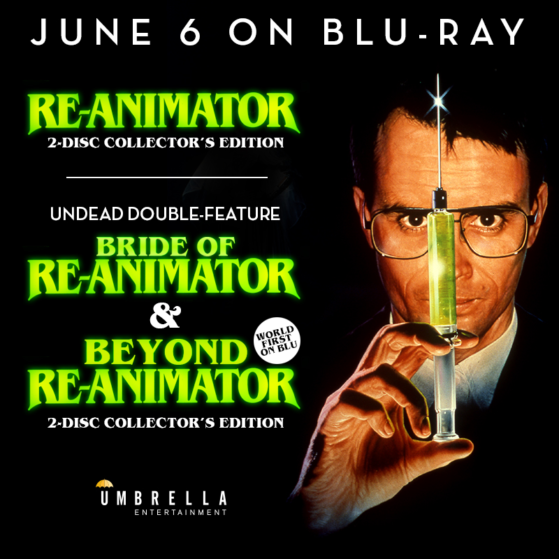 I don’t know about you, but I’m kind of excited for this. I just recently watched all of these films with James not that long ago. I think the concept of reanimation is awesome, just because I know that with the correct sources, scientists will eventually find a way to bring reanimation to the real world if they haven’t already.

In fact, the Re-Animator trilogy was the topic for our VERY FIRST episode of Horror Headquarters. You can actually check that out right here on the website by going to the Podcast tab. It’s the first video, let us know what you think. Be sure to check out our other podcasts while you’re here. Make sure you keep your eye out for this awesome release. We sure will.

One thought on “Prepare To Be Re-Animated!”