At 10pm on February 27th, major gaming production company Blizzard Entertainment tweeted a short, 6-second clip of a nightlight being switched on and off repeatedly with accompanying short-but-enticing caption: “Sweet dreams.”  This nightlight clearly features the face of Diablo, the main antagonist and title character of one of their flagship franchises of the same name. Since then the tweet has acquired 160 THOUSAND views, 1,131 retweets and 4,321 likes. 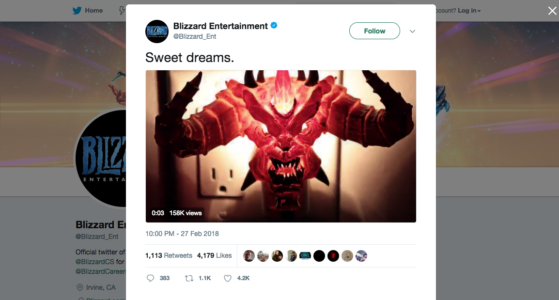 Clearly Blizzard knows how to rouse their fanbase, and it didn’t take long for folks to make the immediate connection… “Diablo… switched on and off… Diablo…switch? Wait… Diablo 3 for the Nintendo Switch? GUYS! HEY GUYS! COME LOOKIT THIS!”

Almost immediately, Blizzard tried to play damage control with the fans reactions, releasing a statement saying “We can assure you we’re not that clever, [It was] meant to be a fun community engagement piece. We have nothing to announce.” (src. Polygon)

Not that clever eh? Pfft. Says the company who’s manned the helm of the largest grossing, PC-nerd-captivating World of Warcraft for over a decade, which might I add is riddled with pop-culture and tongue-in-cheek references. Not to mention countless other titles with similar references, jokes, and generally witty and clever content. Totally. Definitely not that clever, we all buy that, Blizzard. 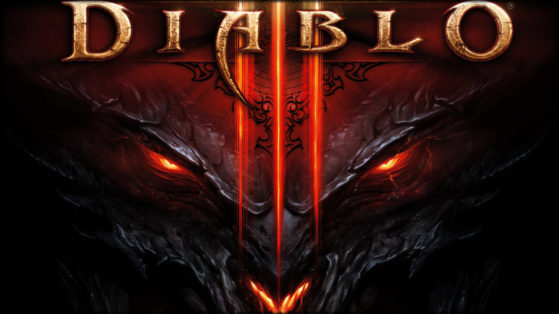 Fans of Diablo 3 are no strangers to the hype around this game, receiving a less-than-stellar welcome and low player retention due to issues at launch almost 6 years ago, and since recovering and rebuilding a strong and loyal fanbase over several expansions on PC, Xbox and Playstation consoles, and now… potentially the Nintendo Switch? Despite Blizzard stating they have nothing to announce at this time and the rocky history of Diablo 3, the overwhelming response to the tweet seems largely positive. While some gamers are convinced we’ll never see the transition happen – be it the limitations of porting to console in general or the relationship between Blizzard and Nintendo – it cannot be denied that a lot of gamers out there want to see D3 on the Switch, myself included.

Lest we forget, this game has already been ported several times over, and to consoles with harder limitations than the Nintendo Switch, despite it not living up in every hardware department to some of the newer next-gen consoles. Perhaps more importantly, lets not forget our history now folks… this isn’t the first time we’ve heard top-tier MAJOR Blizzard title finding its home on a Nintendo home console, now is it? 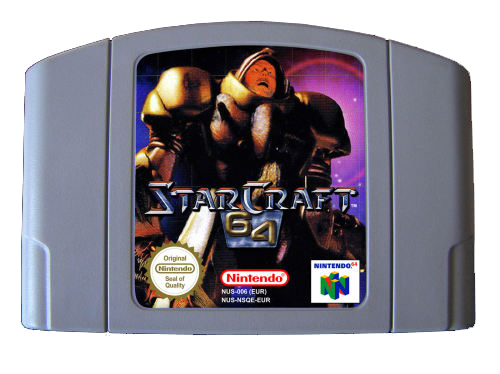 Personally speaking, I have purchased Diablo 3 on PC, XBOX 360, and XBOX One, I’ve been through the ups and downs since launch day and I still LOVE this game. And I would gladly throw more of my hard-earned money at Nintendo and Blizzard (for the fourth time) to play through this gory grindfest for the umpteenth time. And now, being a Switch owner as well, the concept of having D3 on the go? Sign me up. I’ve always We’ll have to wait and see as more unfolds in upcoming months and keep our eyes peeled for more “we’re-not-that-clever” teasers from Blizzard.