This week we got the chance to chop it up with “Death House” director Harrison Smith! He is a writer, director and producer. A man of many talents who has been delivering scares to the genre for years now. His previous contributions include: 6 Degrees of Hell, Camp Dread, The Fields, Wretched and several others. His love for the genre is undeniable and he is as intuitive and grounded to the fans of our beloved genre, as one could possibly be. Read below to check out our full interview with the man himself, Harrison Smith!

Horror Headquarters: First, let me thank you for your time and opportunity to interview the man behind one of the most anticipated releases of 2018. You have delivered one of the most amazing ensembles of actors and actresses for “Death House”, simply genius AND impressive! Horror Headquarters as a whole and myself especially appreciate the chance to talk horror with you!

Harrison Smith: Thank you, but I can’t take credit for assembling these names. That was Gunnar and his agent Michael Eisenstadt who did that hat trick. I just directed what was put into place for me by these two men. 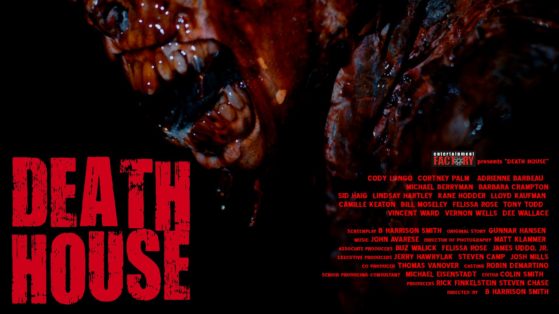 Horror Headquarters: Let’s start at your roots, your directorial debut “Camp Dread” seems to be a homage to 80’s slashers with a modernized take to it. Was that your intention? And were you a BIG slasher fan growing up?

Harrison Smith: Absolutely that was my intent. I had a blast as a teen in the 80s and I lived a John Hughes life with the class I graduated with. I loved horror from that time and I saw Sleepaway Camp and F13th and wanted a tip of the hat to the genre with a nice dash of The Burning thrown in. I think we did that. Eric is a great slimy Hollywood type in the film and Danielle Harris was a charmer and the consummate professional and adored her. However I had no intention of making the film without Felissa Rose. She had to be Rachel, the camp counselor. No one else. She was once the camper, now the counselor and it could’ve only been her. Was I a slasher fan? I don’t know about that but I watched them and for the most part had a good time seeing them. Back then a lot of the lower end Knew got theatrical releases so they were group nights out and a lot of hooting and hollering going on in the theater. I remember Friday the 13th IV being a particularly fun theatrical experience. Savini’s effects brought so many screams and I had two hot girls burying their heads in my shoulders. What a time to be alive.

Horror Headquarters: You have previously worked with the scream queen herself “Felissa Rose” in Garlic & Gunpowder. And now again in “Death House”. This is a two part question, first, Was the “Dr. Angela” name Felissa uses a reference to her Angela character in “Sleepaway Camp”? And secondly, how did you cross paths in the film world with her initially?

Harrison Smith: Yes, the doctor name is a nod to SC. How did we meet? Well I was being interviewed for Fangoria on the set of 6 Degrees of Hell. The interviewer asked me what I had coming up next. I told I had this summer camp slasher I would only do if I could get Felissa Rose. He said he knew her and then asked if I wanted her number. I politely declined because that’s not how you do things. I asked him to set up a conference call if he really knew her. He did and it went from there. Now we are friends and business partners. She’s the sister I never had. 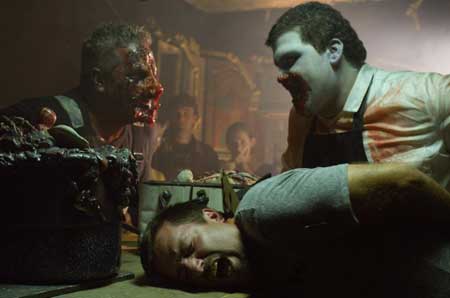 Horror Headquarters: On a more somber note, at the end of 2015 Gunnar Hansen sadly passed away. He built a legacy as Leatherface in the original TCM. What was it like and how was your experience writing “Death House” cooperatively with him?

Harrison Smith: Does anyone gladly pass away? ; ) he was a giant, gentle man. Humble. He knew he had issues with dialogue and making a commercial film. He felt his original script was too artsy and he was open to suggestions. He got to approve the shooting script and gave it his verbal blessing before dying. I met with him several times and we talked on the phone. He was dying and knew it but never let on. He was truly a great man. 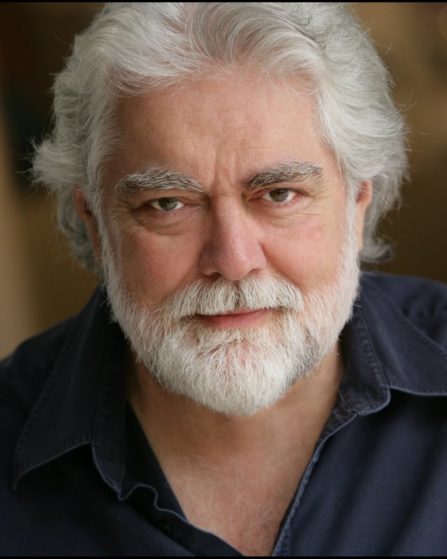 Horror Headquarters: We all know a directors worst nightmare is not being able to afford certain sequences or concepts due to lack of funding or simply ideas that are too grand in the scheme of things. However, all thoughts of funding aside. If you had an unlimited budget for a horror film, what would be a concept or idea you would like to explore?

Harrison Smith: I would make a truly scary haunted house movie. I don’t think the “Jaws” of haunted house movies has been made yet. The Amityville films are garbage. Not a single one is good. Not one. My Cynema site supports this with an article “Amityville Horrible”. I don’t think I would need unlimited funds but if someone dropped me money that’s what I think I would do. I heard this film Hereditary is supposed to be great but with the hype machine these days, who knows? 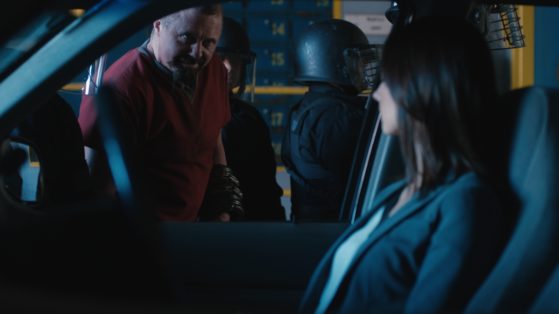 Horror Headquarters: As a creative mind, something had to inspire you early on. What or who inspired you to pursue a career in film and who were your directorial influences?

Harrison Smith: Well, Jaws is the movie that made me want to make movies. However, I would have to say John Carpenter because it was more than his final product. John used the same people, the same crew, a lot of the same actors for his best films and that made an impression on me. You find good people and you keep working with them. That’s important. John Carpenter is underrated and often overlooked. He did for indie horror what Spielberg did to mainstream pop…he put his own mark on it and transformed it. Nothing was the same after Halloween and he did it again with Escape From NY and again with The Thing. 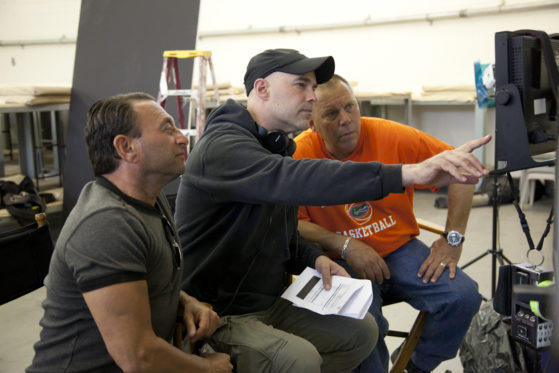 Horror Headquarters: It is quite the cliche question to ask, but curiosity rumbles! What is your favorite 3 horror films of all time? And what is a horror film you consider a modern classic?

Harrison Smith: The Abominable Dr. Phibes, Alien, Fright Night (1985). I could go on about Tom Holland. His Fright Night and Psycho II were major influences on me.

Horror Headquarters: You are primarily known for your writing work. However, you also are a director and producer as well. How difficult do you find it to balance the three different roles cohesively?

Harrison Smith: You do it out of necessity. I love directing and I hope I get known for that more. The balance is what you do to get it done. That’s it. It’s that simple. 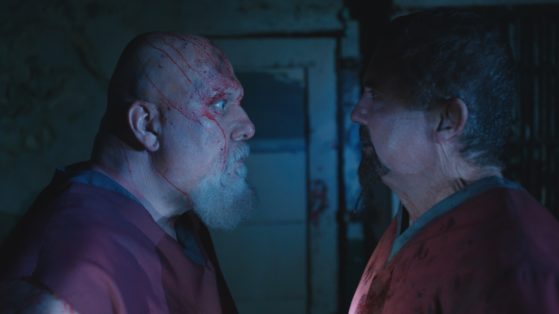 Horror Headquarters: Do you have any other upcoming projects you can give us details on?

Harrison Smith: Yes but no details because if something falls through (and anything can in this business) then you look like a bullshitter. Let’s see how Death House does, however I have my first action comedy releasing March 16th, so I look forward to that! 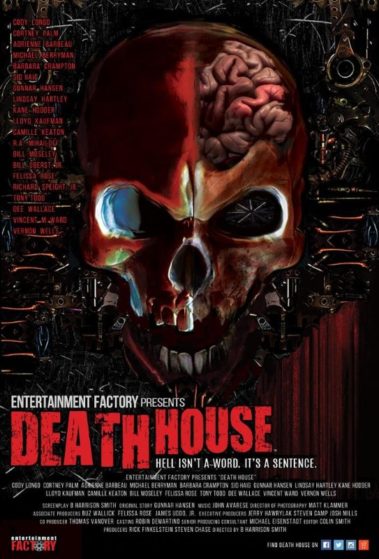