The Unfinished George A. Romero “Living Dead” Novel Set to be Finalized

News has just leaked through the pipelines that George A. Romero’s “Living Dead” novel will be completed by the man who co-authored “The Shape of Water” with legendary director and writer Guillermo Del Toro, that man is none other than Daniel Kraus. The book is aptly titled “The Living Dead” and is set for a release in fall of 2019 by Tor. Romero has been working on the book for roughly a full decade. Once Romero had passed his management team had began to search for someone to complete the project.

Kraus is admittedly a HUGE Romero fan and even credits his writing style to Romero. When asked about the project, author Kraus stated: “What’s exciting about the novel, though, is how it goes the opposite direction….It’s huge. It’s a massively scaled story, a real epic, the kind no one ever gave him the budget for in film. In a book, of course, there is no budget, and in his pages you can feel his joy of being able, at last, to do every single thing he wanted.” 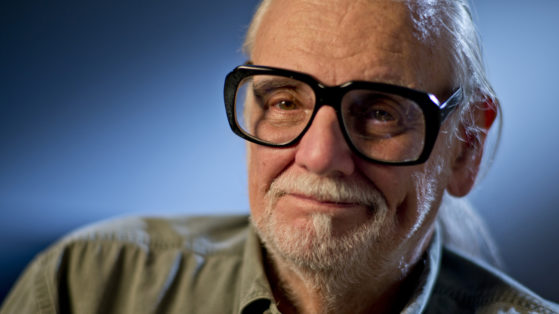 The synopsis of the book goes a little something like this:

“On October 24th, John Doe rises from the dead. Assistant Medical Examiner Luis Acocella and his assistant Charlene Rutkowksi are vivisecting him when it happens, and so begins a global nightmare beyond comprehension.”

“Greer Morgan is a teenager living in a trailer park, and when the dead begin their assault, the true natures of her neighbors are revealed. Chuck Chaplin is a pretty-boy cable-news anchor, and the plague brings sudden purpose to his empty life.”

“Karl Nishimura is the helmsman of the U.S.S. Vindicator, a nuclear submarine, and he battles against a complete zombie takeover of his city upon the sea. And meanwhile, a mysterious woman named Etta Hoffmann records the progress of the epidemic from a bunker in D.C., as well as the broken dreams and stubborn hopes of a nation not ready to give up.”

“Spread across three separate time periods and combining Romero’s biting social commentary with Kraus’s gift for the beautiful and grotesque, the book rockets forward as the zombie plague explodes, endures, and finally, in a shocking final act, begins to radically change.”

At the moment there is not a lot of information on the formats for release other than likely digital and definitely physical. We will bring more details of this story as it develops. Let us know what you think about a new Living Dead book hitting shelves in the comments below!