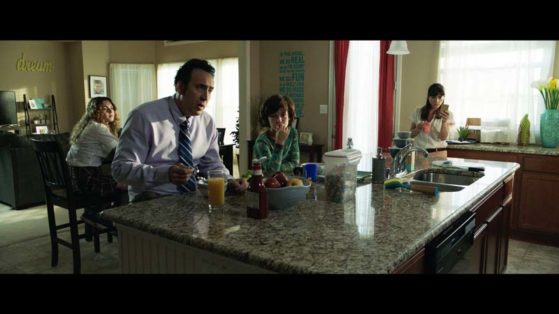 Nicolas Cage has found himself pretty much stuck in B-movie hell these last few years or decade. You can find most of them on Netflix, some on DVD. Most are usually pretty standard low budget where half the time he’s clearly phoning in his performance. Occasionally though he turns out a decent flick once you sort through a dozen or so not so decent ones. I personally am and have always been a huge Nic Cage fan. People are quick to make constant jokes about him and his overacting, but let’s not forget this man made multiple cult classics, AND won an Oscar for Leaving Las Vegas when he was only 29 (the film was released theatrically less than a month after he turned 30). Nicolas Cage is best known for his quirky characters, odd choices, intense delivery and a plethora of insane facial expressions. This movie is no different, and could see the return of a once dominant actor who could do no wrong at the box office. In fact, I could not see an actor better suited for this role. 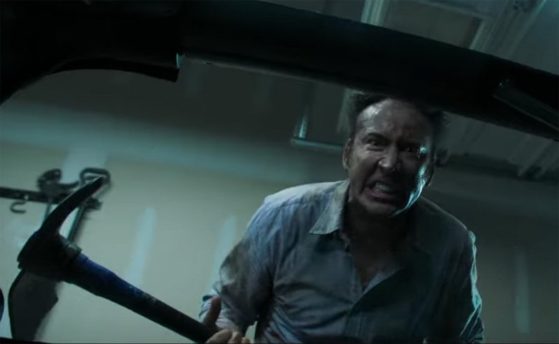 Let’s get to it. The synopsis is Nicolas Cage and his wife (played wonderfully by screen veteran Selma Blair) who live the ideal life in a large house, with 2 kids in the middle of every day suburbia. They have a rebellious teen daughter who is always glued to her phone, dating the (clichéd and taboo) black boyfriend, and her younger brother who has toys thrown all over the house to the point dad is worried he is going to break his neck on one of them one day. They also have an Asian cleaning lady / house keeper who prepares meals and does her best to keep the house clean and kids in order. This seems like a normal family in the middle of America. As the movie progresses we learn, again like any family they have more than their fair share of problems: financial worries, disconnect from each other, lack of romance, depression and stuck living in the past reminiscing over their glory days. This is just developing the characters so you can relate to them more as the story progresses. 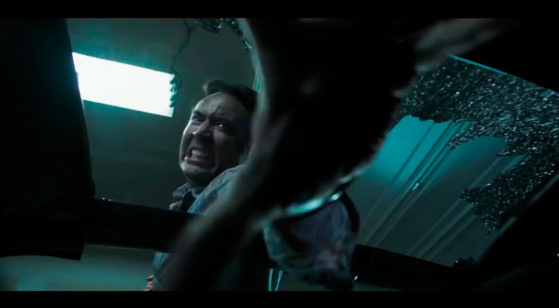 Once all this is introduced, then the real story and plot begins. This movie balances horror, comedy and suspense wonderfully where as so many others attempt but fail miserably or cant decide which genre they are going for. While dad is at work, mom is at the gym (later the hospital for the birth of her nephew when the shit hits the fan), the teenager daughter is at school, and the young son is home with the maid. For some unknown reason (though the cause is heavily hinted), mass hysteria is in sighted as parents begin to show up at the school looking like a ravenous pack of murderers. One woman makes it past security guards and the cops and begins beating, choking and trying every possible way to kill her own daughter. Carly Ryan (daughter of Nic and Selma’s Brent and Kendall) witnesses this, and suddenly school is let out early. Once outside with her best friend, they witness parents being separated by a fence with security and police on the students side to keep them at bay. This doesn’t last long as the parents break through and the children take off running. During this melee, we see parents literally murdering their own kids in the most vicious ways. Carly and her friend manage to safely escape and make it back to her friend’s house. Little do they realize, her friend Riley’s mother (Selma Blair’s BFF) is home upstairs just waiting (im)patiently.

Carly is well aware of what’s going on, and doesn’t take the time to wonder why as she is in a rush to get home to her little brother and in full blown survival mode. She gets home to meet her boyfriend Damon (who had an interesting encounter with his own father prior) unexpectedly and finds her brother safe, only after realizing the maid has done something horrible and sends her home. The maid obeys and leaves willingly (after all, they are not her children). Carly explains to her brother that they need to leave before mom and dad get home from work. Naturally, that doesn’t happen as both arrive home earlier than ever before from work. 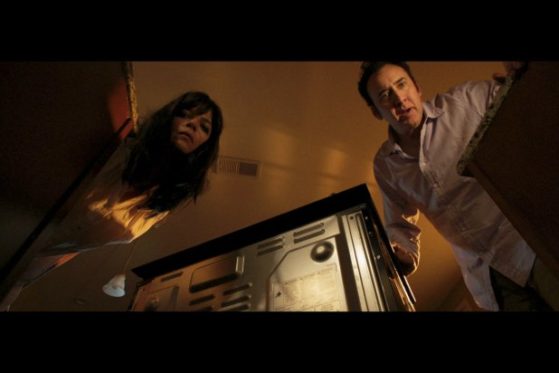 What follows is a hilarious and brutal night long chase, multiple fights, and a game of cat and mouse that their lives depend on, literally. Nicolas Cage absolutely steals the show as the father Brent who is hellbent on murdering his kids by any means necessary, be it fists, gun, gas, hammer, even a sawzall (reciprocating saw) in which he maniacally asks the kids – “do you know why it’s called a sawz-all? Well, because it…SAWS ALL!!!”. You probably saw him breaking the pool table with a sledge hammer while singing The Hokey Pokey from the trailer, but that’s just a small hint as to how off the wall he is in this movie. Selma Blair is almost as equally entertaining as an insane mom gripped with the sudden impulse to kill her kids by any means necessary side by side with her husband. It should also be noted that the kids don’t make it easy by any means, and are a lot smarter than the audience is originally meant to believe. Survival instinct must be one hell of a drug, and these kids are no dummies. 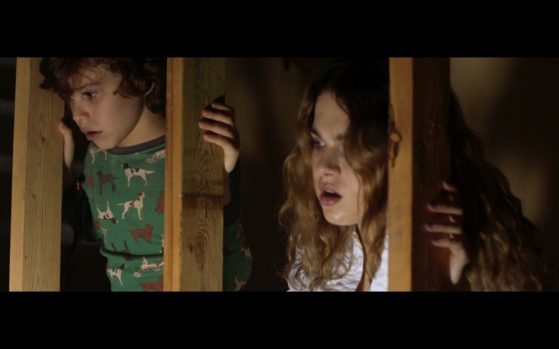 The concept is pretty original, a rational explanation is never given (nor really needed) and the movie is extremely enjoyable. This movie could have been made with a number of people, but the casting of Nicolas Cage was brilliant. He gets to truly let loose and goes as absolutely bat shit as he wants (and can given the circumstances), and it’s delightful to watch. There were basically no boundaries for his character who is more or less brain washed or possessed against his will and forced to try and viciously murder his kids by any means necessary – and you can tell he had a blast doing it. If this movie, and the reviews I have read of his latest horror flick “Mandy” (which have been getting rave  reviews, including at Sundance) are any indication – he may just well be on his way back to reclaiming A-List status among Hollywood elite and close to paying off his debt with the IRS. Hopefully we will see him dominating theatres again with choices and roles not many actors have the range or balls to take or attempt.

Overall the movie is something different plot wise so it’s a refreshing concept not really seen before, extremely well acted, the script is well written and the viewer doesn’t have to suspend too much disbelief, and with a run time of just less than an hour and a half it doesn’t let up once it starts going. It’s violent, suspenseful, and funny as hell. I don’t know if this movie has been released theatrically yet, but I have a feeling it is going to do well at the box office, and hopefully Nic Cage’s career. Also look for a brief but brilliantly executed and hilarious cameo by horror legend Lance Henriksen as Nic Cage’s father!