Recently I got the chance to mince words with modern day scream queen Laura Ortiz of Holliston fame. Laura has been in exceptional genre pieces over the years including 2006’s “The Hills Have eyes”, “Hatchet 2”, “Victor Crowley” and several others. She has also appeared in HUGE blockbuster smashes such as Marvel film “Guardians of The Galaxy”. Chances are, if you are a fan of the genre, you have seen her work or are at the very least aware of who she is. We got the inside scoop on her experiences in working on these films and what she would possibly even like to expand to! Read below for the full interview.

Horror Headquarters: Let’s begin near the start of your career. Your first major film role was “Ruby” in 2006’s “The Hills Have Eyes”. This EXCELLENT remake has always stood out as a true gem and one of the best remakes in recent history. How did you get involved in the film? And what was your experience like on set?

Laura: I auditioned. I loved the script. I loved that Ruby was such a pure soul, curious about the world around her and driven by good over the bad.  Set was in Morocco, which I had never been- it was a wonderful experience. I did a lot of watching the other actors and learning from the producers and the Director about how a set works. Everything was so new to me, it really shaped me in a lot of ways being on this set.

Horror Headquarters: You have worked on BOTH independent films as well as major releases such as Guardians of The Galaxy. What is the biggest difference for you personally between working on each type of film?

Laura: Independent films are a lot more like a plays- you have to know the material inside and out and be ready to perform and do very few takes. Major films you get a lot of time and a lot of food in between takes. Ha.

Horror Headquarters: In 2010 you had the experience of working with Adam Green on the film “Hatchet 2”. This was one of your breakout performances that put you on many horror fans radar. What was your fondest memory working on the set of this film?

Laura: Probably that my particular scene wasn’t on a set. Adam and I were supposed to hang out that day anyway and I had some books on me since I was still in college and he said ‘Hey, this would be funny – let me shoot something real quick” and that made it into the movie.

Horror Headquarters: A year after you did “Hatchet 2” you and Adam worked together again on “Chillerama”. This was an anthology formatted feature, a favorite sub-genre of my own. Were you drawn to this film more because of that? If so what is your favorite anthology horror film?

Laura: I loved that I got to work with Adam and Joe in the same film but also in 2 different films… Who else gets to do that!? I love those boys so much and getting to play/work with them is always such a treat. 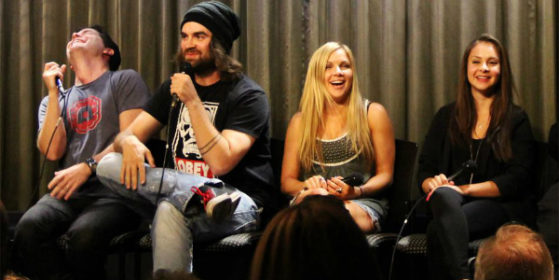 Horror Headquarters: In 2017 you reprized your role of “Rose” in the Hatchet franchise with “Victor Crowley”, the 4th installment in the series. What was that experience like working alongside some of the genres greats such as Kane Hodder, Felissa Rose and Tiffany Shepis?

Laura: It was amazing. In so many ways we all became a family, Tiffany and Felissa are like big sisters and they became that instantly – their energy is so strong and they love to play jokes yet are incredibly hard working and professional I was very lucky to get to work with such awesome women.

Laura: I was inspired by Anthony Hopkins, I always just wanted to be him. He has such a presence – I’ve never met him but the energy and work ethic he’s known for are something I have always admired.

Horror Headquarters: You have played a wide variety of roles in your career but there is ALWAYS room to expand. What role or subgenre have you not been involved with that you would like to? 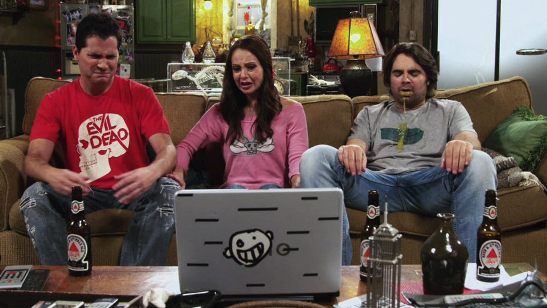 Horror Headquarters: Where can our readers go to follow you and find your upcoming work?

Laura: Thank you so much for YOUR time, its been a pleasure!!!

One thought on “Talking Film Experiences With Laura Ortiz (Interview)”