Along with all the new horror icons added to Funko’s NES-inspired line of POP! 8-bit toys, each icon has gotten special variants, with Freddy and Jason’s variants based on the classic ‘Nightmare on Elm Street’ and ‘Friday The 13th’ NES games. Jason’s rocking his purple and blue colorway along with his famous machete complete with 8-bit pixelated blood while Freddy struts that yellow and orange striped shirt complete with his signature bladed glove. Don’t forget to check out Funko’s whole 8-bit POP! collection.

These NES versions of Freddy and Jason are now available exclusively through ThinkGeek and GameStop for $11.99 each. GET YOURS NOW!! 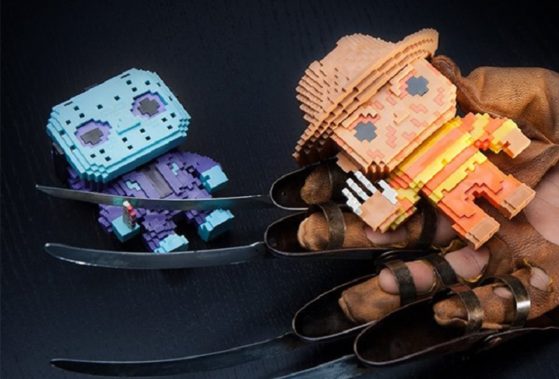