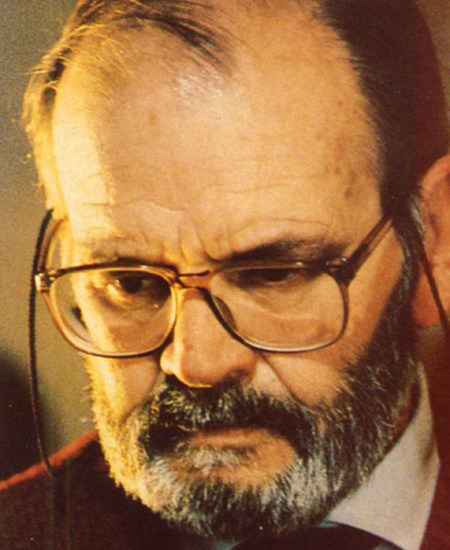 Don’t Torture a Duckling is a 1972 giallo from Italian master of horror Lucio Fulci (“A Lizard in a Woman’s Skin”, “The Psychic”, “Zombi 2”, “City of the Living Dead”, “The Beyond”, “The House by the Cemetery”, & “The New York Ripper”). It only received a limited theatrical release in Europe due to the film’s controversial themes with LOTS of criticism from the Roman Catholic Church. It wasn’t released at all in the United States & it took 28 years for it to FINALLY get a home video release here! This was composer Riz Ortolani 2nd collaboration with Fulci after One on Top of the Other (a.k.a.Perversion Story). Fulci directed comedies for the most part with some musicals, dramas, & westerns thrown in every once in awhile earlier in his career so besides a few other movies this was a BIG change for him. He wasn’t having much success in those mainstream genres so he branched out to something different. This was the first project where Fulci relied on more special effects/gore for entertainment. It’s considered to be one of Fulci’s BEST movies in his entire filmography. If you are into giallos or suspense/thrillers this one comes HIGHLY recommended from Today’s Haul!!!!

The film starts out sleazy with prostitution, peeping toms, & children running around wild. You witness a strange woman playing with bones in the ground, sticking needles through a doll, & young nervous boy talking to a fully nude woman. It gives you a glimpse of this unsettling environment early on. The boy has gone missing, held for ransom, & everyone is searching for him. Police gather up the local idiot Giuseppe & interrogate him until he brings them to where a body is buried. He claims only find the body & buried it but he wasn’t the one who killed the young victim. Soon after, two more boys are murdered in the same community as the original prey.

Voodoo Dolls are seen buried just like the real life crimes that just happened. A maniac is going around strangling these kids. Police arrested the wrong person & it hard to say who is a true monster with a variety of suspicious characters. During all this madness, you are introduced to four interesting characters: a journalist Andrea Martelli (played by: Tomas Milian from “Django Kill… If You Live, Shoot!”, “Run, Man, Run”, “The Four of the Apocalypse…”, “Syndicate Sadists”, “JFK”, & “Traffic”), a local witch Maciara (played by: Florinda Bolkan from “Machine Gun Mccain”, “A Lizard in a Woman’s Skin”, “Flavia”, & “Prisoner of Rio”), a priest Don Alberto Avallone (played by: Marc Porel from “The Psychic”, “Live Like a Cop, Die Like a Man”, “No Way Out”, & “Loaded Guns”), & wealthy girl with a troubled past Patrizia (played by: Barbara Bouchet from “Casino Royale”, “Black Belly of the Tarantula”, “Amuck”, “Caliber 9”, “Death Rage”, “The Hook”, & “Gangs of New York”).

Already known for being weird from practicing black magic Maciara sneaks in & then runs out of the church during a wake which starts to cause more suspicion to the locals. She hides out until she is captured by police where she confesses to all the crimes but something isn’t right. Everyone inside there knows she is innocent so they release her back to the public. The whole town has other plans for the creepy Maciara. They gang up on her & beat her to death with various weapons in one of the most brutal/violent scenes in the 70s. 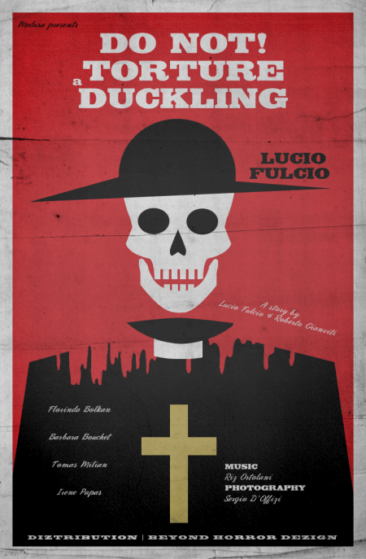 From this day on, it’s still rough to watch. Cars full of family drive past with no concern as she dies by the road. They find another kid face down in the water with a contusion on the back of his head. It’s the same M.O. as the other three boys, Two MISTAKEN suspects already with a KILLER on the loose makes everyone else paranoid of each other. Andrea Martelli & Patrizia start doing their own investigation to find out who’s behind of all this evil! As clues come together & you are left SHOCKED who was responsible for all this destruction. You’ll have to see for yourself, no spoilers here….

The last two times that I seen Don’t Torture a Duckling was from Anchor Bay’s DVD release in 2000 & Blue Underground’s DVD release from 2007. Both had the same disappointing transfer, I thought it looked dated back then before technology really picked up for home video releases but it was the ONLY option in the U.S. besides the awful bootlegs & low quality overseas V.H.S tapes since it was NEVER released here before. As a matter of fact, it never got a theatrical release in the U.S. either so fans were begging for this to FINALLY get the PROPER release it deserved in the states. Thanks to Arrow Video, that’s now a REALITY! It’s NIGHT & DAY when you compare the visuals of this NEW Blu Ray release to the OLD DVD releases from both Anchor Bay & Blue Underground. This high definition presentation from Arrow blows them away & it’s the BEST Don’t Torture a Duckling has ever looked! This is the first North American release to feature both Italian & English audio tracks as an option. 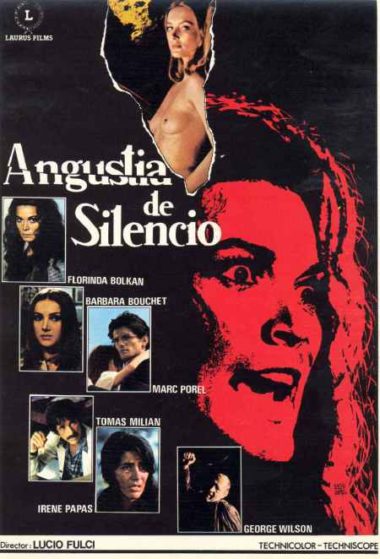 Now, let’s talk about the extras/special features because this disc is LOADED! You get a brand new commentary track from Troy Howart, the author of So Deadly, So Perverse: 50 Years of Italian Giallo Films. “Giallo á la Campagna” is about 28 minutes & features Mikel J. Koven, the author of La Dolce Morte: Vernacular Cinema and the Italian Giallo Film where he discusses the history of post Crystal Plumage gialli & other subjects how they relate to Duckling. “Hell is Already in Us” rounds out to almost 21 minutes with Critic and editor-in-chief of Diabolique Magazine Kat Ellinger where she discusses all the accusations of misogyny & cruelty Lucio Fulci got for all his movies. “Lucio Fulci Remembers Part 1 & 2” both parts combined ends up being a little over 34 minutes. It’s an audio discussion with the master of horror himself Fulci from 1988.

He talks about his career in film & at one he even bad mouths fellow Italian director Dario Argento during the interview. Last but not least various NEW interviews with cast & crew from Don’t Torture a Duckling which includes: Actress Florinda Bolkan (Those Days with Lucio, 28 minutes), Cinematographer Sergio D’Offizi (The DP’s Eye, 46 minutes), Assistant editor Bruno Micheli (From the Cutting Table, almost 26 minutes), & Assistant makeup artist Maurizio Trani (Endless Torture, 16 minutes). Arrow Video hit a home run with this release, it’s easily one of the BEST Blu Rays from 2017! 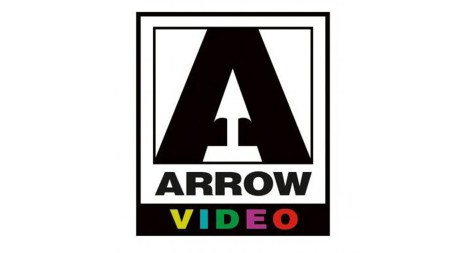