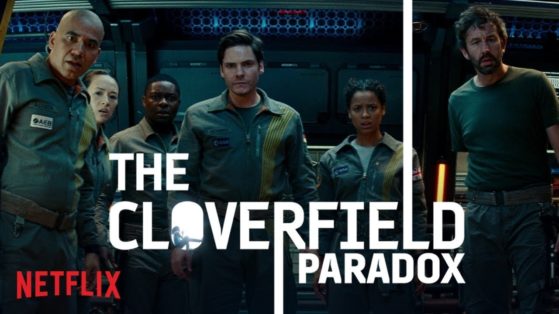 If you tuned into the Super Bowl this past Sunday, you would have seen a unique ad for “The Cloverfield Paradox”! This is the official title of the 3rd Cloverfield film which has changed titles several times now. Originally this film was slated as just that “Cloverfield 3”. Later on we heard it was switched to “God Particle”. Then, just recently the latest news was that it would be called “Cloverfield Station”. In the end NONE of these titles made it to release. The final and official title is “The Cloverfield Paradox”. The film is available for streaming now on Netflix. This also bring up a debate and rumors swirling around what will end up being the fate for Cloverfield 4, which at this point is being titled “Overlord”. However, with all 3 previous entries baring the Cloverfield name within them all I have a feeling that the “Overlord” title will be switched last minute with something to included the Cloverfield name within the title.

The reviews for this film have already gone viral and EVERYONE is talking about it. At this point there is some great things being said and others are calling it total nonsensical trash. I however, am a huge fan of this franchise and am very much so looking forward to checking this entry into the series out. From what I have personally heard this is a origins film that explains events of the first two films in the franchise. Let us know what you think of this one in the comments below. OR if you have not seen it yet, let us know if this is one you are excited for!