In Depth Book About “A Nightmare on Elm Street 4: The Dream Master” Coming Soon 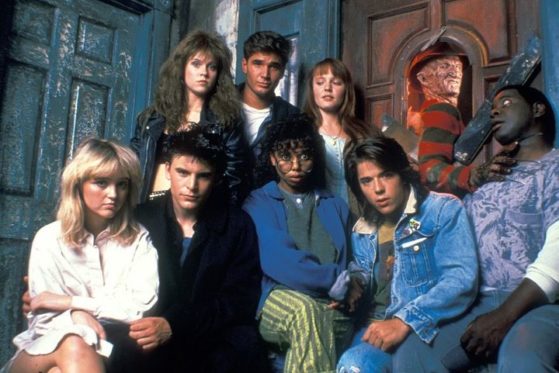 Ahhh ANOES 4, a true gem from my childhood. I remember watching this one repeatedly on a bootlegged VHS I had of it that I recorded off of TV myself. The good ol’ days of piracy in its infant stages, HAHA! This was such a fun film in the franchise growing up. The roach kill, the asthma kill and of course the legendary bed kill and opening scene in the junkyard too. The beach sequence as well, I could go on for days about things I enjoyed in this film. However, Lets focus on the information at hand on this book coming our way about this fantastically entertaining installment.

The book is being penned by the production designer of the film, Mick Strawn and author Blake Best. The make up FX team from the film has already been announced as being on board and they are currently conducting additional interviews as well for the book. We can expect to see the book hitting shelves sometime in August 2018.

Additionally, the book is being touted as containing stories NEVER before shared in previous documentaries as well as insider and behind the scenes information. Also, this will be marking the 30th anniversary for this film coming up in August (another reason for its rapidly approaching and carefully chosen release date). The book will aptly be titled: “BEHIND THE SCREAMS: A NIGHTMARE ON ELM STREET 4 REVEALED”. Stay tuned as we deliver more details on this book as it comes closer to release!