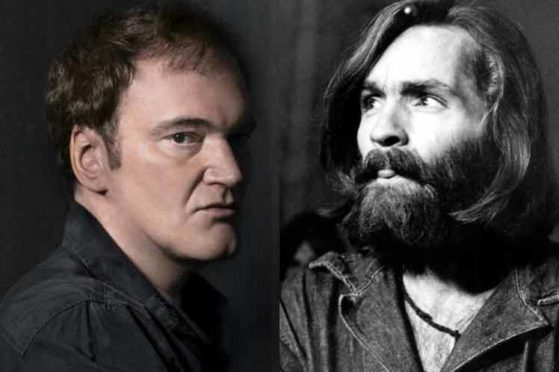 Charles Manson was a notorious criminal and cult leader who died in prison November 9th, 2017. But, his story will live on in award winning director Quentin Tarantino’s next project.

As of now the untitled film is scheduled to premiere August 9, 2019 which is the day after the 50th anniversary of the Sharon Tate and LaBianca murders.

TMZ released an interview earlier today (1/24/18) asking the very talented Michael Madsen (one of my personal favorites) to spill some details about the film but he remained tight-lipped. Right now we do know that Madsen himself along with Leonardo DiCaprio both have starring roles in the film with rumors of Margot Robbie possibly taking on the persona of Sharon Tate herself.

Tarantino made headlines when it was announced he walked away from long-time producers The Weinstein Company setting off an all out bidding war for the script. But it was Sony who landed the deal.

While we have yet to discover who’s taking on the role of Mr. Helter Skelter himself we know DiCaprio’s role is that of  “an aging male TV actor who had a one hit western series and is looking to get into the business of film.”

In 1969, the year the film is set, is at the height of the hippie Hollywood movement and rumor has it this is to be a “Pulp fiction-esque tapestry of Los Angeles during the summer of the Manson murders.”

To quote Manson himself “If you’re going to do something, do it well. And leave something witchy.”

And we all know Tarantino is definitely not one to disappoint. Stay tuned to the website for more details as they are released horror heads.