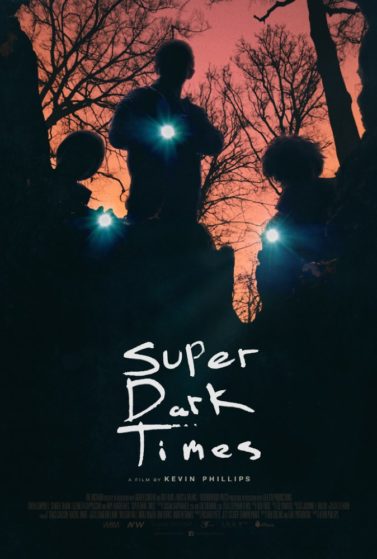 Well, this movie was NOT what I was expecting. I must say though, this one pleasantly surprised me. With a fantastic atmosphere and setting being nailed in the early-mid 90’s this dark thriller/horror film comes off like a SUPER DARK “The Goonies” vibe, which I actually like. I would even go as far as to say the VIBE comes off similar to a much much darker Stranger Things. You have this group of young kids that experience a traumatizing event and must deal with the repercussions of said event.

We end up going on a dreary and sad roller coaster ride with these kids as they embark on what is the essence of the film, “SUPER DARK TIMES”. This movie sucked me into this deeply melancholic tale of these events unfolding for this group of friends. The event occurs early in the film but is hardly the climax or even most riveting part of the film. However, it does make you gasp in understanding of what dealing with this type of situation would feel like. You are DIRECTLY pulled into this world with these kids and feel like you are a member of their inner circle.

The end of the film delivers a satisfying touch and a great twist to shatter your conceptions of the direction this film will go. I highly enjoyed and recommend this one. If you have not had a chance to dig into this gem yet, do yourself the favor and DO IT!! This one gets two thumbs up from me.