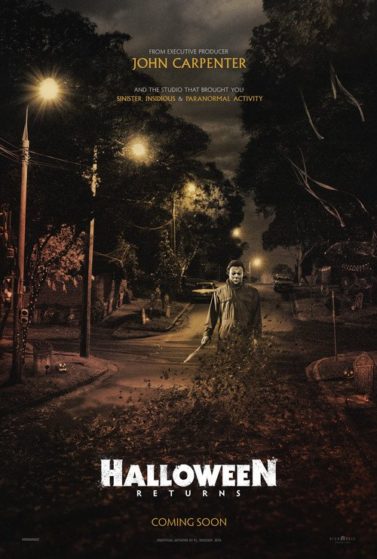 The original actor who portrayed the pale faced villain in Halloween is BACK!! Announcements have been made to bring the actor back to reprise his former role of the iconic masked terror, Michael Myers. This information comes in the wake of other big announcements nodding to the original including Jamie Lee Curtis and John Carpenter BOTH coming back to fill their shoes from the original film. With the epic return of Carpenter, Jamie Lee coming back as Laurie and Nick filling those legendary shoes of Mr. Myers. I think it is safe to say this one has all the real fans clamoring for what is to come. One can only speculate the direction this film will go. We do know that carpenter has stated that the film will ignore everything after the events of the original. Will this film live up to the original? Only time will tell. I for one will be waiting patiently until Halloween next year when the movie hits Theaters.